Read About Two Families' Stories of Endings, Beginnings and True Love. The Happiest of Endings Often Come After the Greatest Acts of Heroic Love and Self-Sacrifice. Are You Thinking About Adoption? is There Room in Your Home and Heart For More?

Many years ago, an 18-year-old mother lovingly placed her infant son in the care of others. Little did she know years later her own daughter, Amy, would open her loving heart and arms and receive not one but two sons by adoption into her home.

Amy and her husband Mike always wanted a family of their own. When things didn't progress, they explored every medical option possible. Amy shared her feelings about the open adoptions of her sons. She said, "(Adoption) is a fantastic way to build a family...we absolutely love it. Honestly for us I would go through all the trials of infertility and all those years of pain to get the boys I have. Looking back, I realize I never would have pursued adoption if they had worked out."

I was surprised to find out that Amy's sons were adopted. They look so much like Mike and Amy. When you watch her family you understand her statement. No matter what journey they had to take to land in her loving arms, she feels the boys were meant to be with them.

Sandy (Name changed) remembers experiencing years of longing. Even though she had children, due to medical reasons, she wouldn't be able to have more. She had a deep and driving feeling something was missing in her family. She said she knew she was meant to have another baby. Sandy and her husband Jack pursued open adoption.

Waiting is sometimes the hardest part for adoptive parents. After Sandy and Jack created a profile and began the adoption process, they had to wait. They waited for a birth mother to choose them to raise their child. Sandy, a Christian, said there were long sleepless nights when she prayed, "Please find her and let her find me."

Prior to adoption Jack and Sandy met with Tina's very pregnant birth mother. Sandy remembers another prayer following the meeting. She said, "Please Heavenly Father, I know she is my child's mother. Let her know I am her child's mother." Later Sandy remembered, "... feeling complete, knowing she was always my daughter."

Both Amy and Sandy spoke of the difficulty of waiting. Amy came to my attention when she and Mike sent out a global email explaining they were open to adopt with links to their blog called, "Mike and Amy Adopt." Once again, Mike and Amy waited.

Tina, age 14, (Names changed) looks nothing like her family. She is strikingly tall, ebony and beautiful. As a child, when she looked at her fair-haired, blue-eyed parents and siblings she wondered how to fit in. But, because Tina was part of an open adoption, her mother, Sandy, was able to do amazing things to help Tina feel not only comfortable, but to make her beautiful heritage part of their family.

Sandy began a group of local adoptive families with children of different nationalities. They would gather and eat food from other countries, celebrate holidays and create opportunities for interaction with others that resembled similar cultures to their children. Sandy's extended family added cultural traditions from Tina's heritage. They rallied around Tina so she would know how special she was.

Because Sandy and Amy participated in open adoption they are able to talk to their children about adoption. Sandy shared, "We loved her (Tina) and sought her out. I tell her (Tina) about her birth mother, and how she volunteered, and we love her, too. Because she always understood it all, she hasn't had many questions. One day, she questioned me. I bought the whole adoption shelf at Barnes and Noble."

Evan B. Donaldson Adoption Institute published, "Openness in Adoption: From Secrecy and Stigma to Knowledge and Connections" by Deborah H. Siegel, Ph.D., and Susan Livingston Smith, LCSW. Their review of the research showed that open adoption was better emotionally for adopted children. It allowed for open communication. This gave kids a better understanding of their adoption. Parents could tackle problems as they arose. Teens were able to talk to parents as they developed their sense of identity.

But what about birth mothers? The same study shared, "Women who have placed their infants for adoption - and then have ongoing contact with their children - report less grief, regret and worry, as well as more peace of mind than do those who do not have contact."

Amy and Sandy both expressed deep gratitude for the birth parents of their children. Amy said, "At placement, your happiness comes at great expense. It is not a pure joy. It is really tempered by knowing that someone is sacrificing a lot."

A journal issue by futureofchildren.org's article "Perspectives on Open Adoption" by Baron and Panor states, "Relinquishment (giving up a child for adoption) should not end the role of a birthparent...(They) have a responsibility to let the children they relinquished know that they continue to care about them... A card, gift, letter, telephone call or photograph each year on the child's birthday...Remembrances of this kind indicate that the child is not ignored, forgotten or unloved."

In the Bible story of King Solomon 2, women are fighting over one child. They both claim to be the child's mother. Solomon takes a sword and offers to cut the child in half and give half to each mother. The baby's true mother exclaims, "O my lord, give her the living child, and in no wise slay it." Here are some tips for a smooth adoption transition.

Every mother who puts her child before her own needs, and sacrifices her own happiness for the safety and well-being of her child, is a true mother. Whether she is the mother who gives her child up or the mother who takes the child in. It is the purest form of love. 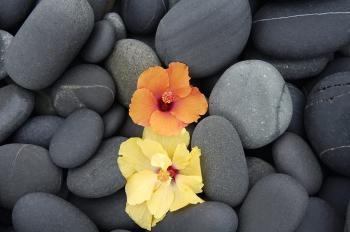 Be 'one' by Being Two: Finding One's Self…