Dealing with unexpected or ongoing hardships, Glasgow's needy understand any supper could be their last.

And that inspired artist Iain Campbell to reimagine Leonardo da Vinci's "The Last Supper" with a group of homeless men from Glasgow's City Mission, a Christian charity that fights poverty.

Titled "Our Last Supper," the painting aims to highlight the work of City Mission through Campbell's use of "real people" eating together and conversing about their obstacles, BBC News wrote.

The original depicted the last meal Jesus shared with his apostles before crucifixion.

"It was based on something one of the guys had said to me," BBC News quoted Campbell as saying. "He said, 'I suppose for any one of us this might be our last supper.'"

Carla Herreria wrote for The Huffington Post that based on stories of the men featured, the statement might not be an exaggeration.

"For instance, John Wallace, one of the men featured in the painting, lost his home after a relationship ended, according to the Church of Scotland," the Post's report said. "He has been coming to the Glasgow City Mission regularly for over four years."

The community there "really feels" what's going on in Glasgow with poverty and food banks. The people prove generous, which the painting represents, the Post quoted Campbell as saying.

The Rev. Alastair Duncan, minister of the church where Campbell is artist-in-residence, explained what the 13 men in "Our Last Supper" require for improved circumstances, Sam Haysom wrote for Mashable.

"The people who Glasgow City Mission supports may be in hostel accommodation, may have their own place or may be genuinely homeless, but they are people who in some ways have been vulnerable or are finding a way out of that," Duncan said, Mashable reported. "They just need that consistency of care and support for them whatever stage they are in." 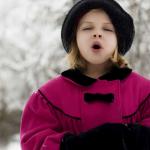 Few Know This Surprising Thing About 'joy to…