The 73rd Annual Golden Globes Sunday Night Was Far From a Family-Friendly Affair, Relying on Crass Jokes and Many Bleepable Moments.

The 73rd annual Golden Globes Sunday night was far from a family-friendly affair.

Hosted by Ricky Gervais, a pop culture commentator known for the British version of "The Office," the show strayed away from inspiring entertainment and excitement, drifting more toward a crass award show that included copious amounts of swearing and inappropriate comments.

For those who didn't watch, much of the inappropriate comments were summed up in the video below made by The Washington Post, which specifically highlighted all the bleeped moments during the award show (of which there were plenty):

As seen in the video, celebrities in the audience cringed during many of these bleeped-out moments.

"Did anybody notice that there were many more people - Amy Schumer and Jennifer Lawrence among them - having their words bleeped out on stage besides Ricky Gervais?" asked Gene Seymour of CNN. "Maybe the bit early on with Jonah Hill pretending to be the bear in 'The Revenant' was a lot funnier than it came across, but the censors made sure you couldn't hear everything he said."

As host, Gervais had plenty of crude moments, including the fact that he was drinking a beer whenever shown on stage. He also had what The Blaze's Kaitlyn Schallhorn called the "night's most awkward on-stage moment" when he introduced Mel Gibson to the stage.

Gervais not only poked fun at Gibson's past - when he was arrested for driving under the influence and insulted Jews in the process - but also went to ask a question to Gibson "but the network bleeped the entire sentence," The Blaze reported.

Gervais also poked fun at Sean Penn, who had his own massive media weekend when his interview with Joaquin "El Chapo" Guzman was finally published, too.

"People on Twitter were taking bets on how many seconds it would take for him to make a Sean Penn-El Chapo joke. (Fifteen seconds into the opening monologue, some figured, though as with everything else about the show, it seemed a lot longer.)," Seymour wrote.

It wasn't just Gervais who made inappropriate comments. As Newser reported, director Quentin Tarantino called film composition a "ghetto," which didn't sit well with presenter Jamie Foxx, who came on stage right after.

But the show wasn't completely full of swearing and inappropriate jokes. Many seemed to approve of Tom Hanks' speech, which he gave when awarding Denzel Washington with the night's major Cecil B. Demille Award.

"Every generation of filmgoers finds him or her, the artist that defines the time we all live in," Hanks opened with, a reference to Washington. "As the credits are added to IMDB, so, too, is the power of their persona and personal taste, their learned craft and their instinctive talent, their obvious abilities and the mysterious power they have to not just hold our attention, but demand it." 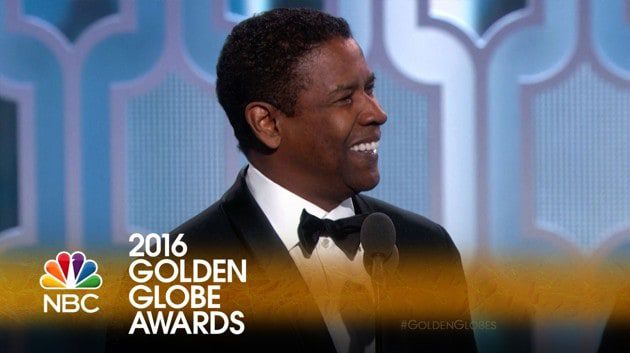 This was followed by Washington's own family-friendly moment, when he brought all of his family onstage to accept his award.

"The highlight, though, was watching Denzel's wife, Pauletta, prompt her husband with names so he didn't forget," The Huffington Post's Julia Brucculieri wrote. "Pauletta, who's been married to Denzel since 1983, also made a point of asking whether he needed his glasses - that is real love, you guys."

Similarly, Sylvester Stallone, after winning the Best Supporting Actor award for his role in the Rocky spin-off "Creed," honored his late son Sage, who died of a heart attack in 2012, People magazine reported.

"Any time you can do things that are real, I think it's very, very helpful, and with my son I want to respect his memory, and I think we did so," he told reporters after leaving the stage.

Media members were also happy with some other moments from the show, including Leonardo DiCaprio's reaction to almost bumping into Lady Gaga, which inspired a heavily shared GIF.

Other actors also brought comedic and laughable moments, including when action star Jason Statham put director Paul Feig in a headlock and Taraji P. Henson, who plays the character Cookie on the Fox TV show "Empire," handed out cookies to the audience.

"There were a number of off-the-cuff moments that arose spontaneously that had the show buzzing on Twitter throughout the night," The Wall Street Journal reported. 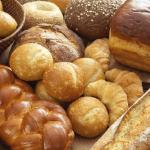 The Extreme Cost of Kosher