Children born after 1998 are considered “digital natives” because they’ve never known a world without technology. Smartphones are so ingrained into every part of this generation’s lives, it’s normal for digital natives to think of their devices as extensions of themselves.

In 2015, Pew Research Center did a study on American teenagers’ use of technology and social media, defining teens as anyone aged 13-17. 88% of U.S. teens use either smartphones or cell phones, and 73% own smartphones. 91% of teens use smartphones for accessing the internet, and a majority of teenagers go online more than once a day.

As parents, we need to recognize the legitimate benefits and dangers of the smartphone and assess those within a biblical framework while teaching our “digital natives” to do the same.

It’s fair to say that the smartphone is an incredible tool for making our lives better. The main benefits of smartphones have to do with the ease with which we can accomplish tasks. But we start to run into trouble when we use our devices as the primary way we relate to people. When our tools become the main way we conduct our relationships, we expect our relationships to have the same instant gratification that our tasks do. When we prioritize our devices over people, we remain relationally immature. We communicate to those around us that we care more about what’s on our phones than we do about them.

There is evidence indicating that increased screen time might contribute to mental health problems and depression. Psychology professor Jean M. Twenge noticed in her studies that not only has smartphone use recently increased among teenagers, but teen depression and suicide have as well.

At the very least, it’s fair to conclude that “new media screen time should be understood as an important modern risk factor for depression and suicide.” Studies have also linked smartphones to an increased lack of sleep among teens. Such a habit is particularly detrimental to teens, who are in a phase of life when they need a lot of rest. Also, more time with screens means less time spent outside on physical activity, which can help to make people feel sleepy at night. If smartphones are indeed making depression worse, that itself will affect how well teens are sleeping and vice versa.

The need to always be connected is contributing to teens being more dangerous drivers. Of course, it’s dangerous for anyone to check his smartphone while driving. One study found that 70% of people admitted to doing just that. But teens in particular have expressed a need to check their text messages while driving because of FOMO (Fear Of Missing Out). The AAA Foundation for Traffic Safety found in 2015 that distracted driving contributes to 60% of moderate-to-severe teen accidents.

So is there hope?!

The challenges we’ve mentioned above all relate to our desire for life to be quick and convenient. We want to accomplish tasks more easily—and that’s great, so long as we have a healthy work-rest balance. But we also want easy validation, easy community, and easy spirituality. Life, lived in this way, hurts us and those around us and is ultimately unsustainable. But rather than running away from the smartphone as if it were the devil himself, we have to learn to put boundaries around it and let it do what it does best, rather than take over our lives. Then we also need to disciple our children into in a healthy relationship with their technology.

How do I prepare my child for getting a smartphone?

It’s important for parents to talk to their children about their intended use for their smartphone. Make sure that from the get-go you establish rules for the phone’s use, as well as who is responsible for it.

Some questions to ask your kids are:

In addition, try cultivating some habits such as:

At one point or another, your child will push your boundaries when it comes to smartphone usage. If you find out your son or daughter has used a smartphone inappropriately, don’t panic. Control your temper and ask open and honest questions. Do administer consequences, but also use the experience as a teaching moment.

Teens today need the same assurances as past generations of teens. They need unconditional love and support from their parents. They need healthy friendships.
Smartphones can help people to connect and can be a wonderful tool for learning and growth. But they are a poor substitute for coping skills, emotional intelligence, worship, self-care, and a good night’s sleep. Use the smartphone to grow your relationships with your teens and to faithfully guide them to godly maturity.

David Eaton cofounded Axis in 2007. Every year Axis speaks to 10,000+ students face-to-face and every month Axis' digital products equip 100,000+ parents, grandparents, pastors, and teachers. In 2018 Axis helped start 1,700,000 million conversations between caring adults and their 8- to 18-year-olds. David lives in Colorado with his family. For information on starting conversations with your teens about this and other trending topics like suicide, Fortnite, and Snapchat, go to www.axis.org/cbn.
nextarticle 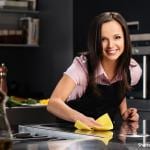 Study Finds That Housework Could Lower Risk of…