Parents took their 6-month-old daughter to the doctor for flu-like symptoms; they weren’t prepared for the real cause

The Flu Was the Least of Their Concerns.

It looked like an ordinary virus, but the real cause of six-month-old Presley's fever and vomiting would take a lot more than some medicine and rest.

Worried about her health, Elizabeth Knox and Laurie Troupa rushed their baby to Phoenix Children's Hospital where their suspicion of the flu was confirmed.

However, this was the least of their concerns. Doctors found that Presley also had viral meningitis, which inflames tissue in the brain and spinal cord.

They did an MRI (magnetic resonance imaging) scan and found that the meningitis had spread to Presley's brain and left her with a large, cancerous tumor.

Presley had a rare, fast-growing stage four tumor called an Atypical Teratoid Rhabdoid Tumor. This tumor usually forms in areas of the brain that control breathing, heart rate, movement, and the muscles that control eating, talking and walking.

She needed to have surgery right away, but the impact this tumor would have on her brain was unknown.

Surgery was successful, but her cancer was still there

Presley underwent two surgeries within five days to remove the tumor. The second operation took out what was left of the tumor, but Presley's journey was just beginning.

This update from her mom was right after her surgery last Thursday, May 19th:

Thank you for for all your prayers today...

The doctors found that the cancer was still there; Presley had cancerous cells in her spinal cord fluid. Presley was scheduled to undergo chemotherapy for 51 weeks for six weeks at a time.

Her first round started in June 2016. She was constipated, nauseous and vomiting, but a family member said Presley was a trooper through it all.

Cancer isn't her only battle

During her chemotherapy treatments, Presley was hit with several other illnesses, including a mouth infection, yeast and mold in her lungs and pneumonia.

She stayed awake through several nights crying, and her parents said she was inconsolable.

"The hardest thing for a mommy to hear and know [is] there is nothing you can do to comfort your own child," one of her mothers said. "My heart actually hurts."

Chemotherapy wouldn't be enough for Presley

Posted by Prayers for Presley on Wednesday, July 6, 2016

Research showed that this type of tumor usually grows back a year after chemotherapy, so the doctors decided to take a different route just two months after her treatment began.

Presley was scheduled to have her bone marrow harvested before her second round of chemotherapy in order to prepare for a transplant. Presley will be her own donor. Their plan was to take her bone marrow cells, treat them and then give them back to her.

However, on the day the harvest was scheduled, the doctors determined that she needed her cells to keep fighting. With the procedure on hold, her parents started to feel frustrated and concerned.

"When you think about her struggles and you want to cry out loud and say 'help me God, help Presley win this fight' you look over at her and she smiles at you as the tears run down your cheeks," one of her mothers said. "She continues to fight and fight even when the odds are against her, she doesn't know what 'give up' means and she never will."

Tonight I (Natalie) had the honor to visit our sweet Presley and today she turned 6 months old. Tonight I took photos of...

A few days later, the doctors harvested her bone marrow cells, but were about 2 million cells short of what they needed. They were worried a second harvest wouldn't be successful, but Presley pulled through and the operation was a success.

Presley had two successful bone marrow transplants and her last one is scheduled for April 25, 2017. If the tests come back clear, Presley will be in remission.

Posted by Prayers for Presley on Monday, September 12, 2016

Presley is improving, but she is behind developmentally

Presley hit a big milestone in December 2016; she turned one. Even at one year old, Presley's mind functions at a five-month-old level.

She was discharged from the hospital in January, and Presley started attending physical and speech therapy each week.

Presley's parents say she is getting stronger each day as she explores the world around her, but her neurological outcome is still unknown.

"She fights and she fights as I look into her eyes that have such passion, courage and strength I see the world in a new light," one of her mothers said. "Presley is a gift from up above and she is going to teach us and the world so much."

Posted by Prayers for Presley on Saturday, December 31, 2016

Sign up here for our weekly FamilyShare email and get more of the stories you love. 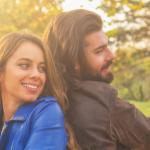 12 Indicators That Show You Are Dating the…