Politicians Often Win When Using Panic and Fear to Get Ahead

Ever Notice How Politicians Continue to Try to Scare You With Rhetoric About How a Certain Policy or Group is a Threat to National Security? It's Actually on Purpose.

As Matt K. Lewis put it for The Telegraph, it's time to face facts: Republican frontrunner Donald Trump may not just win the Republican nomination, but the general election as well.

Not only does Trump have a commanding lead among Republican voters, but the real estate mogul is highly adored throughout the world as well. A new Gallup poll found that Trump is just as admired as Catholic Church leader Pope Francis, with 5 percent of people polled saying Trump was who they admired most.

"Trump's surprisingly strong and often controversial presidential campaign has made him a prominent news figure this year and, thus, top-of-mind for many Americans," Gallup explained. "This helps explain his strong showing when Gallup asks Americans, in an open-ended fashion, to name the man they admire most."

But, then again, not all Trump supporters admit they are, in fact, Trump supporters, a study from earlier this month found. In fact, most Trump fans with a college degree won't admit in phone interviews that they'd support him for president.

Part of what has made Trump so popular among Americans - and has doubled as a reason for people to keep quiet on their support for him - has been in his tactics, which sometimes include fear - that is, instilling fear in the American public about terrorism, immigration and a number of other American social issues as a way to garner votes, adoration and media attention, as Joe Keohane of Politico reported this week.

This isn't something uncommon in politics as a whole.

"The fact is, the variety of political panic we are presently enjoying is woven into the fabric of our society, an unfortunate side effect of living in a continually morphing nation of immigrants," Keohane wrote. "This panic has historically afflicted the right more than the left (though the left is not immune to panics of its own), and though it usually simmers just beneath the surface of our politics, it has, at this particular moment in time, not just reemerged but, seemingly, gone mainstream."

These tactics often create a voting group or coalition that claims to be conservative, though they really just oppose the current government's way of thinking and policies. This kind of voter sees the government as weak and unhelpful, Keohane wrote.

And throughout the last 60 years or so, certain politicians have looked to hook these voters. Back in 1955, for example, the Keep America Committee (sound familiar?) urged voters to avoid liberal politics by opposing any public health reforms, like the use of fluoridated water, which, the KAC's advertisements said, were created through communism. 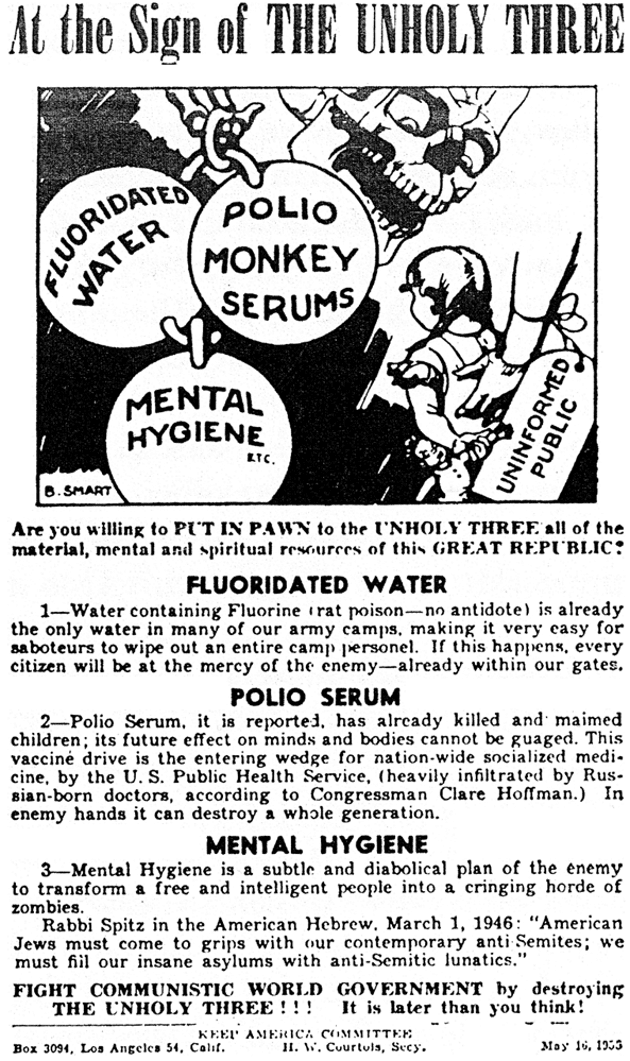 One of the more popular examples comes from Lyndon B. Johnson's presidential campaign in 1964, when the president used a campaign ad, now known as the "Daisy ad," to highlight fear over nuclear war.

In the commercial, shown below, a young girl counts daisy peddles until a loud male voice is heard, counting down to zero, when a nuclear bomb goes off.

"These are the stakes!" Johnson calls out in the video. "To make a world in which all of God's children can live, or to go into the dark. We must either love each other, or we must die.'"

In 2014, politicians running for midterm elections used the threat of the Ebola virus to earn votes, specifically by blaming their opponents for allowing the medical virus to spread in the United States, CBS News reported.

These fear tactics can be seen across multiple candidates from both sides of the political spectrum even today. Trump's rhetoric on immigration and terrorism has been pointed out, but so too should Hillary Clinton's fear tactics about, well, fear tactics.

Fellow Democratic hopeful Bernie Sanders has used these same strategies in regards to his suggestion of free tuition, saying that the American dream has all but died given that so many people can't afford college.

This eventually led to GOP candidate Ben Carson using scare tactics to turn voters against Sanders earlier this month, Michael Sainato reported for The Huffington Post. Though he wasn't thorough in specifics, Carson said that ridding the nation of college tuition would have a destructive effect on America.

"If they don't really understand the financial situation of the country and somebody comes along and says, 'free college for everybody,' they'll say, 'Oh, what a wonderful person,'" Carson said. "They have no idea that all you are about is hastening the destruction of the nation."

These political tactics are unlikely to change, especially in the wake of 9/11, when the American people began feeling the security of the United States is more important than anything else, John W. Whitehead wrote in his popular piece, "The Politics of Fear in America: A Nation at War With Itself." So if a politician says a particular group, ideal or policy goes against America's security, those voters are likely to support that politician, Whitehead wrote.

But Whitehead does offer one idea on how things may change. Americans need to lose their sense of fear and worry and replace it with courage. Only through courage, Whitehead suggests, can true political change happen and create a better America.

"The only thing which will improve our present condition is the taming of our fear. We must act on courage," Whitehead wrote. "Courage to think differently, speak loudly and challenge directly the systems which we know to be unjust. Voting will do precious little to circumvent the politics of fear which Democrats and Republicans use to justify their attacks on our personal liberties. As author Mark Vernon has noted '" the politics of fear plays on an assumption that people cannot bear the uncertainties associated with (risk). Politics then becomes a question of who can better deliver an illusion of control.'" 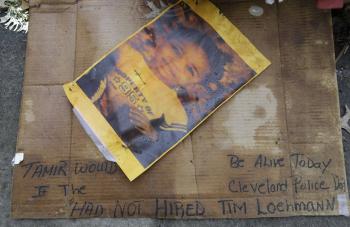