There will be no indictment for the police officer who killed 12-year-old Tamir Rice in November 2014, a grand jury ruled on Monday. And Twitter sent out some love.

There will be no indictment for the police officer who killed 12-year-old Tamir Rice in November 2014, a grand jury ruled on Monday. The grand jury also decided not to indict a fellow officer who was there during Rice's killing outside a Cleveland recreation center.

Officer Timothy Loehmann, who was being trained by officer Frank Garmback at the time of the shooting, killed Rice, a 12-year-old who looked "much older and who had been warned his pellet gun might get him into trouble that day" as he approached with a seemingly real toy gun, CNN reported.

This series of mistakes and miscommunication led the grand jury not to indict the police officer, CNN reported. In fact, the prosecutor said that it was "reasonable" for Lehmann to believe that Rice was a real threat, CNN reported.

This was made clear for the jury after the FBI reviewed a video that showed Rice allegedly drawing his toy gun from his waist as the police officer moved towards him.

"Given this perfect storm of human error, mistakes and communications by all involved that day, the evidence did not indicate criminal conduct by police," prosecutor Tim McGinty told CNN on Monday.

In response to the ruling, the boy's mother, Samaria Rice, issued a statement that explained how painful the jury's decision was for her family.

"My family and I are in pain and devastated by the non-indictment of officers Timothy Loehmann and Frank Garmback for the murder of our beloved Tamir," her statement read. "I don't want my child to have died for nothing and I refuse to let his legacy or his name be ignored. We will continue to fight for justice for him, and for all families who must live with the pain that we live with."

To console the mother, social media shared their prayers, thoughts and hopes for a better future on Twitter with the hashtag #ToMsRice.

"Amid anger over Monday's decision not to indict the officers, people also offered a groundswell of support to Rice's family," Mic reported.

Some users grieved with Rice's loss as a parent:

#ToMsRice He was beautiful, and this is unspeakably wrong. I am so sorry.

#ToMsRice I am so sorry about your baby. He was just beautiful.

#ToMsRice I am deeply sorry that today you had to witness the cruelty all over again. I am so sorry that they took your baby.

#ToMsRice no one is here to police your pain. It is yours and yours alone.

#ToMsRice ~ sending love & light to your family during this time. we share what you feel. we are with you ✨

You have the support of thousands of sisters and brothers who'll mourn & heal with you. #ToMsRice

Others offered words of encouragement:

#ToMsRice I sit with you to comfort you in mourning, I strengthen my hand to fight with you for justice. Your loss will not be in vain.

#ToMsRice the legacy of your son and what happened to him will help rebuild a nation. He will never ever be forgotten.

Your child lives, through us.

In this moment, we are creating a space to show you that you are loved. Tamir is loved. We stand w/you.#ToMsRice

#ToMsRice Your gift to this world will not be forgotten. The fight will continue until justice is a reality.
With love, A Revolutionary
?✊? 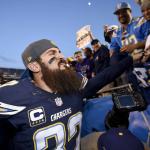