Prince George isn’t allowed to do this completely normal thing at school; Do you agree with this extreme rule?

It's Pretty Extreme ... But Does It Make Sense?

Four-year-old Prince George recently started school, and the pictures are nothing short of absolutely adorable. They show his dad dropping him off at Thomas's prep school in Battersea, London. It's fun to picture Prince George becoming best friends with a classmate, but according to the school's policy, that won't be happening.

The Duke and Duchess of Cambridge are very pleased to share a photograph of The Duke and Prince George at Kensington Palace this morning. The image was taken by @chrisjacksongetty shortly before Prince George left for his first day of school at Thomas's Battersea. Their Royal Highnesses are delighted to share this lovely picture as Prince George starts school, and would like to thank everyone for all of the kind messages they have received.

He can't have one best friend

According to Harper's Bazaar, Jane Moore revealed that the school "has a policy which discourages children to have a singular best friend."

She said, "There are signs everywhere saying 'be kind' — that's the ethos of the school ... They don't encourage you to have best friends."

Prince George arrives for his first day of school at Thomas's Battersea with his father The Duke of Cambridge ?? ?PA

The idea actually makes a lot of sense, and I remember my own mom strongly discouraging me from calling one person my "best friend." I grew up with a lot of best friends, and inclusivity was second nature.

This school is teaching children to include and accept everyone, and to be kind no matter what. They don't want children to feel left out, and this rule applies inside and outside of the classroom.

Moore said, "There's a policy that if our child is having a party — unless every child is invited — you don't give out the invites in class ... I think [it] is quite a good thing as you don't feel excluded."

This isn't the only extreme rule the prince follows

Over the summer, Kate Middleton was in the media for not letting her children play with a very popular item — an iPad. A source told Us Weekly, "As two people who grew up without gadgets for entertainment themselves, William and Kate are firm believers in toys, outdoor play and encouraging an active imagination.

While many parents praised the royal family for their decision, others seriously criticized them for the extreme rule.

Prince George will probably have many best friends

Although Prince George will likely never experience the fun of having a best friend, he'll have the opportunity to make lots of lifelong friends — which is just as fun.

What do you think — is this school's policy extreme, or should everyone adopt their guidelines on friendship?

The Duke and Duchess are delighted to share a new official portrait of Prince George to mark His Royal Highness's fourth birthday tomorrow ?The photograph was taken at Kensington Palace at the end of June by Chris Jackson. The Duke and Duchess are very pleased to share this lovely picture as they celebrate Prince George's fourth birthday, and would like to thank everyone for all of the kind messages they have received. 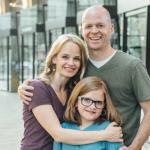