Protecting the children – from your child.

My son is not identified on social media as a bully. Bully is not on his name tag his mother sewed into his coat. But I am starting to pick up little hints that my child is not exactly what he appears to be.

While watching my child in a church activity the other day, I realized that - with very little effort - my child could be the one parents warn their kids about.

How quickly the bullied can become bullies. In fact, my son seems to vacillate between the two. He pushes and pushes until someone stands up to him and then he collapses emotionally like a game of Jenga on a life raft.

Before anyone freaks out after seeing aggressive behavior from your child:

Try to stay open-minded as you look at your child through different eyes. No one has perfect children. Times like these are what parents are for - when parents can really shine.

Is there a possibility that your child is a bully? Here, briefly stated are some general characteristics that you may notice as you look at the behaviors from a different vantage point.

His attitude is hostile

Your child has the need to be right and to get his way. He makes it clear that his needs are important, and the needs of others are not.

He shows a lack of empathy

He acts as if he owns his group of peers or that he is entitled to what others have.

He shoves, pushes, hits and hurts others and you hear about it from the other kids or parents.

He selects names to humiliate others. His attitude is not that I am good at such and such, but that every other child "sucks."

He uses information he gets about others to stay in a position of power. He is always one-up.

He's in trouble at school

Adults at the school mention to you that he is disruptive. He shows little respect for authority. The adult in charge is always "stupid."

He keeps his electronic device usage away from you and deletes all his activity. You may hear about what he has posted, but you don't see it.

He blames the victim for his own behavior

"Brian is always picking on me and getting in my way," he says. He doesn't volunteer that he threatened to punch Brian.

He destroys property of others

He has little respect for family members and their belongings. He takes things that do not belong to him. He may come up with toys or electronics that you didn't buy.

Did any of these sound familiar to you? Your child may exhibit some, all or few of these characteristics. If nothing stands out to you, then keep an eye out.

Watch what your child does in situations where he thinks he is not being monitored. If there is an incident, which side is he on? Ideally he should be taking a stand against an aggressor, but remaining neutral can be a positive sign as well.

Does he gravitate to the side of the aggressor? Maybe he feels that makes him less vulnerable.

As a parent, it is our job to be aware and proactive. There is no window to the inner workings of your child. You will have to be part Sherlock Holmes, part Dr. House and part Lucy Ricardo. In other words, a parent.

Talk to your child in any way you can. Does he tend to ramble on when he is doing something that requires little cognitive connection? Painting? Weeding? Folding laundry? Drawing? Use that to your benefit. Find something to do with him and then keep a casual conversation going. And listen.

In short, establish yourself as a parent who knows what is going on and will do what it takes to uphold conduct that is kind and correct, which will protect everyone's child from a bully. 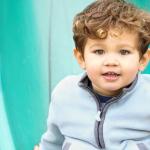