Rebel Wilson Announces the Birth of Her First Child Via Surrogate: ‘She’s a Beautiful Miracle’

Actress Rebel Wilson took to Instagram to announce the birth of her baby girl via surrogacy. She shared a photo of her daughter with the caption, "Beyond proud to announce the birth of my first child, Royce Lillian, born this past week via surrogate," Wilson announced. "I can't even describe the love I have for her, she's a beautiful miracle! I am forever grateful to everyone who has been involved, (you know who you are), this has been years in the making…but particularly wanted to thank my gorgeous surrogate who carried her and birthed her with such grace and care. Thank you for helping me start my own family, it's an amazing gift. The BEST gift!!"

The "Pitch Perfect" star has been dating her girlfriend, Romana Agruma privately for quite some time. The pair has been seen together over the past year, with Wilson not revealing much. That was until she appeared on an episode of the "U Up?" podcast in May where she gushed about forming a connection with her significant other. “I met [my partner] at a friend’s set-up," she said. "He had known both of us for at least five years and he thought we would hit it off – and then we did! I can trust that they are who they say they are, which is something that you don’t really know on the [dating] apps.” The pair made their relationship Instagram official back in June where Wilson posted a photo of the smiling couple.

Wilson recently revealed that the main reason she decided to embark on her weight lose journey was a comment made by her fertility doctor that she would have a better chance becoming a mother if she were healthier. "He looked me up and down and said, 'You'd do much better if you were healthier,'" the actress told People magazine. "I was taken aback. I thought, 'Oh God, this guy's so rude.' He was right. I was carrying around a lot of excess weight. It's almost like I didn't think of my own needs. I thought of a future child's needs that really inspired me to get healthier."

The couple seems to be over the moon about the arrival of their little one, with Wilson adding on to her Instagram post saying,  "I am ready to give little Roycie all the love imaginable. I am learning quickly…much respect to all the Mums out there! Proud to be in your club." 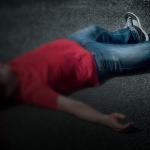 13-Year-Old Dies After Jumping in Front of Car…