For Years I Was Told I Could Never Have Children so I Put My Faith into Action.

Faith is more than our religion or what we do during weekly Sunday services. Faith is walking what our mouths speak daily about what we believe. Since I was 18 years old, I had been told by doctors that I would never be able to have children. For years following this, I suffered much like the woman with the issue of blood described in the Bible. She, just like myself, spent years and all of her finances going to doctors seeking help and a cure for her debilitating condition, without results. I, like she, could have accepted the medical diagnosis as what would be our life's destiny or I, just as she did, could allow my faith to move into action.

You see, the woman with the issue of blood believed if she could touch the hem of Jesus' garment she would be healed. Her belief was only the beginning of her faith . Yet, it was her action she coupled with her belief that caused her to be able to push through the crowd until she touched Him, that allowed her to see her faith become a reality. Faith is usually thought of as what we think deeply, or believe confidently. Well it is, although faith is also an action.

In 1998, at 32 years old, I begin to write down the things in my life I wanted to see God manifest by faith. One of those things was a child. I began infertility treatments and the ride on the dreadful up and down emotional rollercoaster which goes with it. And after many tries of various treatments, I again, saw no results. In spite of that, I did not allow my faith or my actions of my faith to stop me from continuing to believe that the promise of being a mother would be mine.

In 2005, without any treatment from medical doctors, I became pregnant. I was overjoyed and elated beyond imagination, which almost overnight turned into a despair I'd never known " when the pregnancy resulted in the loss of our child in a miscarriage. This, elation and joy and the devastation occurred again within a year and a half of the first loss.

I'd be less than honest to say that the loss of our second child to another miscarriage didn't affect my faith. It did " it rocked me to my core and literally had me balled up in a fetal position in the backseat of our car during the ride home from our doctor's office, crying out to God, not to know why this had happened, but how and when would He bring me through this torturous pain of unbearable loss.

I took action with my faith once again " I willingly and wholeheartedly submitted my heart's desires to God in faith, believing that if He'd allow me one more chance to be a mother, I'd walk the talk of my faith, which for me was moving and speaking what I professed to believe.

Now faith is the substance of things hoped for, the evidence of things not seen - Hebrews 11:1. I didn't see a baby in my arms or even how that would happen, but I knew that if I stayed with my faith and let my actions line up with my words He could bring it to pass.

One year later, I became pregnant again. And while reading my Bible, a few weeks into my pregnancy, I came across a scripture highlighted but unseen previously. It was Exodus 23:25-26, which said, "Worship the Lord your God and his blessing will be on your food and water. I will take away sickness from among you, and none will miscarry or be barren in your land. I will give you a full life span. (NIV Bible)" This scripture caused my faith to move into action once again. Because after having endured two previous miscarriages, I could either walk through the next months of pregnancy in fear of what might happen, or I could walk faithfully in what I believed showing actions of joy and thankfulness of all I had endured and the hope I carried.

My faith and my actions chose the latter, and on June 23, 2009 the son of my faith and actions was born. I indeed had touched the hem of the Lord's garment, just as the woman with the issue of blood, to receive the action of my faith.

Nicole Smith is the host of Change Is In the Air which broadcasts Live Tuesdays from 5:00 - 6:00pm PST on NBC News KCAA 1050 AM and all over the world @www.kcaaradio.com or connect with her on Face Book @ www.facebook.com/ChangeisintheAir.NicoleSmith
nextarticle 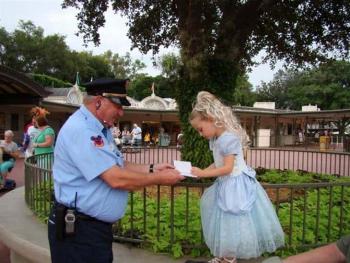 9 Extraordinary Acts of Service That Will Restore…