Should I Be Allowed to Check My Child’s Phone?

Is it an invasion of privacy, or a parental right?

Technology has come a long way in the last 50 years. The first cell phone call ever made was in 1973, and by 1992 the first smartphone was developed. By 2007 the iPhone hit the market, and societies completely changed forever. We are connected now more than ever, but it is left many modern parents at a crossroads. Should their children be given a cell phone, and if so, how do I monitor it? It's gotten to a point where it's strange for a teen to not hold the latest gadget in their hand, so it's an essential responsibility of the parent to keep them safe from the technology.

What about young children that use technology?

You may have given a cell phone to your younger child for cases of emergency. When children are young, there is little to no separation or privacy. They are still being cared for by parents, teachers, or other guardians to get through each day. In these scenarios, parents have a responsibility to go through their child's phones. These children are young and must have protection from the internet. They should be putting child locks on certain apps so that the child does not get into something they should not. Additionally, the phone should be set up where it can only call or receive texts from specific numbers and can only call out to an approved list.

How about teenagers and their phones?

As a child grows up to an adolescent, there will be a natural need for the teen to separate more from their parents. They will go through a process of individuation, which is a developmental transition that takes place when a child starts preparing for life on their own. During this time, parents and teens tend to fight about what kind of boundaries are appropriate. Teens should have some form of privacy that is agreed upon. This could be having a room where they can close the door or drive to friend's houses without being tracked.

When it comes to phones, though, there needs to be a transparent line drawn. The ideal time to establish rules about a teen's phone and how it will be monitored is at the very beginning, right after you give it to them. It is easy to relax rules as they prove themselves responsible. Adding new rules, though, can be a disastrous fight waiting to happen.

But is it ethical to spy on your child's phone? To an extent, the answer is yes. Parents are responsible for protecting their children and deciding what is best for them. If parents are suspecting that something is going on with their child, they need to do what they can to get to the bottom of it and help their child through it. If you decide to look through your child's phone, tell your teen about it before you do. If you do not tell them, it can lead to a lack of trust within your relationship and possibly irreparable damage in the long-term. Many times, when a child is afraid to give up their phone, it is because they are embarrassed about something, and not necessarily that they did anything wrong.

What is more important, however, is to explain to them in a detailed manner exactly why you want to keep an eye on their phone in the first place. Your teenager should understand that phone monitoring is not being used as a form of punishment, but rather a form of safety. Monitoring the phones of kids must be a precautionary step and not a reactionary one unless they broke a rule.

The best way to keep an eye on your child's phone is by installing parental control software. There are many apps that provide different levels of monitoring, such as a phone tracker or general summary reports of activity. This is a way you can keep an eye on your child without them feeling that you are continually looking at every message they send on a daily basis. In addition to making the child feel that their privacy is not being violated continuously, the parent will be able to save time from constantly physically searching the phone.

Are other parents checking their teen's phones?

A study by the Pew Research Center in 2016 found that parents of 13 to 17-year old children use a wide range of different monitoring systems to oversee their teenager's online activities and to convince their children to use these technologies in a responsible manner. Most parents in the survey admitted that they check what their teens are doing on their phones, particularly through social media websites. Nearly all the parents also said they had conversations with their teens about appropriate phone behavior, such as not messaging strangers. Furthermore, many parents reported having specific punishments for unauthorized phone usage. Over 65 percent of parents in the study said that they had taken their teenager's phone away as a penalty.

At the end of the day, there is no absolute right or wrong answer as to whether it is okay to go through your child's phone. It can depend on your child's age, personality, behaviors, and levels of trust. The most important thing is that you discuss with your safety measures when using their phones. One text or video forwarded to an unintended audience could land them in huge trouble. 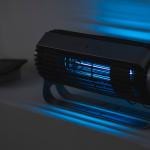 Protect Your Kids From Mosquito Bites With This…