Should Parents Drink Alcohol in Front of Their Kids?

What message are you really sending them?

Ending your day with a glass of wine can easily become routine when most of your day has been spent chasing after your kids. Still, the question of whether it's appropriate to drink alcohol in front of your children is one that some are either for, against, or haven't even considered to be an issue.

While some believe that children being able to see their parents have a healthy relationship with alcohol is great for teaching them responsible ways to interact with it, others believe it gives children the green light to experiment with early alcohol use.

"You're swamped with so many different opinions when you speak to people," food editor Jane de Graaf explained in an interview with Australia's "Today Show."

De Graag says she has friends on both ends of the spectrum, some who hide drinking from their kids and others who will go home "in a bad state." She made it clear that she doesn't support parents who abuse alcohol, especially in front of their children, but believes there needs to be a "mid-ground" or balance between the two.

Children are a lot more aware then what they are often given credit for. If you regularly drink in front of your children, they are more than likely aware of how much and how often you are drinking. They are also going to be paying attention to your mannerisms when it comes to alcohol. If you're treating alcohol as a reward or coping mechanism, using language like "oh this is so good," you could unknowingly be sending the wrong message to your child about drinking.

"We know from some studies that kids from the age of 3 can start to understand the circumstances under which, or where, alcohol is consumed -- whether that's a celebration or an argument that leads to a domestic incident," Michael Thorn, the CEO of the Foundation for Alcohol Research and Education  explains. "Kids understand what's going on with their parents drinking."

Parents and family life significantly influence a child's behaviors and beliefs regarding alcohol. The relationship you have with alcohol can greatly shape your child's attitude towards it. When children have experienced seeing their parents drunk, they are more than likely to have a negative attitude towards alcohol, possibly leading to their own reckless drinking habits in the future.

Although there have been many studies done on parents drinking in front of their children, there is nothing that has directly proven that parents who drink in front of their children are putting them at risk of XYZ. Other factors contribute to a child's relationship with alcohol, such as peer pressure, alcohol marketing, and genetics. Still, parents should be mindful of the significance of their role when it comes to alcohol. One of the best ways for parents to do that is not to glamorize alcohol, be clear about expectations for your child's behavior, be honest about the risks, and be open to answering their questions.

Mayra Mendez, Ph.D., LMFT says there is no reason to hide an alcoholic beverage from your child's view, but model responsible drinking behaviors to help contribute to their understanding about alcohol consumption.

"Children may be exposed to appropriate, moderated use of alcohol at dinnertime or at a family gathering. Socializing children to alcohol is not only necessary for their learning social norms and cultural expectations about alcohol use, but an essential part of seeing socioculturally informed behaviors applied in day-to-day interactions," Mendez says.

Clinical psychologist Robin Goodmin has also weighed on the subject matter, stating that setting a good example for your children when it comes to alcohol involves setting guidelines on drinking.

"Parents must decide their own values and attitudes about drinking first. It's not illegal for them to drink in front of their children, and not always realistic to abstain in front of them. There are things adults are allowed to do that children and teens are not," she said.

Some of the guidelines Robin suggests, especially as children become teenagers, are strict, no underage drinking policies within your home, no driving or getting in a car with someone who is under the influence, and also knowing your child. Be involved in knowing who your child's friends are and what they're doing when they're together. She also suggests knowing the warning signs of alcohol problems.

Parents must remain consistent with their message regarding alcohol and be mindful that there is no room for double standards. Modeling positive examples as early as possible will help your child as they continue to grow older. 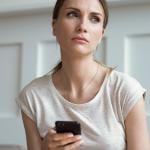 Should I Be Allowed to Check My Child’s…