Should you take out a wedding loan?

Apparently, a Good Section of Americans Are Looking into Wedding Loans. Yes, That's Loans For Weddings. But Apparently They're Not That Great.

Good luck trying to afford a wedding in today's society. According to The Knot, which publishes an annual report that outlines the costs of every single aspect of a wedding, the average matrimony runs about $32,641 when you consider location, clothing and all the partying.

Few people have $30K to drop on their wedding day. Most couples can only afford their massive weddings because their parents pay for the bulk of it. The Knot found that the bride's family mostly pays for the location of the wedding, the bride's dresses and the wedding photos. The groom's family, meanwhile, will pay for the groom's clothing, the honeymoon and some of the flowers for the wedding party and wife.

But it seems in recent years that the way people pay for weddings has changed. Not only are more people getting involved in the expenses, but the new practice of borrowing wedding funds has arrived in the United States to keep families afloat during wedding season.

According to The New York Times, there's been a trend where everyone involved in the wedding pays for part of it. This is mostly meant to help the bride's family avoid the burden of paying for everything.

"Couples are relying not only on the kindness of the bride's parents, who have traditionally borne most of the burden, but also on that of the bridegroom's parents, along with the couple's stepparents and even grandparents, aunts and uncles," according to The Times.

Millie Martini Bratten, the editor in chief of Brides magazine, told The Times that different family members have been put in charge of spending on various items at the wedding, hoping that the bride and groom's families won't suffer too much of a burden.

"We are hearing of aunts and uncles picking up rehearsal dinner; friends maybe hosting after-wedding brunch or one set of parents take on an entire expense," Bratten said. "The rest is paid for by a combination of his and her family."

This, of course, comes with its own set of difficulties. With more people paying for aspects of the wedding, it leads to an increase in people wanting to assume control over the festivities, The Times reported.

But getting large amounts of money for a wedding can be difficult if you haven't saved, which is why the wedding loan has jumped into popularity, too, according to Sabah Karimi of GoBankingRates.com.

Wedding loans are essentially personal loans that will cover the cost of your wedding. They mostly require you to make minimum payments every month. Those payments vary based on your credit score, Karimi wrote.

Getting involved with these loans can be as easy as applying for a regular loan. Banks will tell you how much you can afford through the loan based on your credit score, so it shouldn't be too hard to see what you'll have to pay.

Still, banks will often look at your credit score and payment history to asses how much you'll receive. That's why couples should cut costs before going to seek out a loan so that they know how much they can afford to pay back, or in case they aren't approved for a high amount, according to Karimi.

Wedding loans may not be the best path when you're looking to pay for your wedding date, though, since it may toss some debt onto your wedding plates. Wedding loans may also create financial stresses, which, according to The Knot, has been listed as one of the biggest reasons that couples fight. Kicking your marriage off with some debt and arguments isn't a good sign for the future.

"It can be convenient to get a personal loan to cover the costs of the wedding. However, keep in mind that you are paying for a single-day event with a loan that could take a few years to pay off," Karimi wrote.

"Unless you have a payoff plan that only lasts a few months, you will be carrying that extra debt for a while," according to Karimi. "Such debt can prevent you from opening up other lines of credit and balancing your budget as you get a mortgage or new car, or have your first child. If you don't have great credit, you might be looking at a higher-than-average interest rate because the bank will consider you a high-risk consumer."

That's why M. Lin, a writer for The Huffington Post, suggests that parents who are looking to pay for their child's wedding have limitations about what they'll pay for so that the wedding tab doesn't climb too high.

For example, traditional wedding locations may be costly, so you may want to seek out alternative locations to cut back on the prices. Parents should also avoid giving out a hard number for what they're willing to pay, and instead say they'll pay for specific services, like a photographer or florist, according to Lin. That way, if the parent knows someone who can perform these services for a lesser price, they can hire them.

Ultimately, when it comes to weddings, parents and those paying for it should never try to stretch their budgets too thin, Lin wrote. They should look to pay affordable prices.

"You should never put yourself at risk financially to pay for your child's wedding, and that means taking out a loan, taking on credit card debt, or depleting your savings - or under any circumstances, your retirement account," Lin wrote. "Your child will figure out how to have an amazing day with or without your resources." 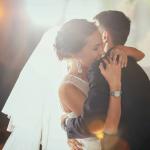 17 Songs You Have to Play at Your…