Hanna Lottritz, a Student at the University of Nevada, Wrote an Essay Describing the Experience She Had Before and After Being Pronounced "Brain Dead" After Binge Drinking Last Summer.

National statistics indicate when Americans under the age of 21 drink, it's in the form of binge drinks - and a blog post penned by a student that's going viral details how perilous the activity can be.

The National Institute on Alcohol Abuse and Alcoholism classifies binge drinking as a pattern of alcohol consumption "that brings a person's blood alcohol concentration to 0.08 grams percent or above."

According to the Centers for Disease Control and Prevention, that typically happens when men consume five or more drinks, women four or more, in about two hours.

CDC indicated 90 percent of alcohol drank by people under 21 is in the form of binge drinks.

And Hanna Lottritz, a University of Nevada student, recounted on her blog her experiences last summer coming out of a 24-hour coma because of overdrinking.

"I was in critical condition, suffering from acute respiratory failure and acute alcohol intoxication. My blood alcohol concentration was .41 when I arrived at the hospital, five times over the legal limit," Lottritz's piece read, reposted on The Huffington Post. "The doctors thought I was brain dead because I was completely unresponsive. My pupils were sluggishly reactive, I had no corneal reflex and I wasn't responding to verbal or painful stimuli."

That all happened after Lottritz chugged whiskey in a competition at a concert and collapsed, soon flown to Renown Regional Medical Center in Reno, Nevada.

When Lottritz awoke from the coma, she had tubes down her throat, with arms restrained, she wrote in the post.

Dark conversation between Lottritz and doctors frightened the student the most, she wrote.

"They told me that they didn't think I would make it through the night," the post read. "They asked me if I was trying to kill myself by drinking so much. This question hit me the hardest."

She detailed her eyes opened to the seriousness of being irresponsible with alcohol in the hospital bed in the Intensive Care Unit.

"The next day when I was discharged from the hospital, I realized that the way I looked at alcohol would be changed forever," Lottritz wrote.

Time reported all that inspired Lottritz to pen the post on her 21st birthday.

So what's the student's motivation to tell her personal story?

Lottritz told RGJ she hopes her experience with binge drinking "could prevent even one person from going through what she and her family did when doctors expected her to die."

"I am writing this because I didn't realize the importance of drinking responsibly until I was waking up from a coma, and I don't want anyone to go through what my family and I went through," Lottritz wrote in her post. "I ask that you share this with your friends, family or anyone who may benefit from reading this." 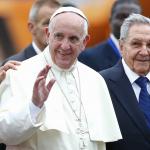