Whatever Happened to the Hour-A-Day Rule?

In today's society, it's common for people to hand kids tablets or smartphones to keep them occupied. Some manufacturers even make kid-friendly versions of these tablets for youngsters, potentially making it so a child might have his or her first tablet before being able to talk.

It's easy to dismiss this trend as one that's relatively normal, considering that teens and adults often keep their eyes fixed on screens too. Plus, parents are sometimes so desperate for a few precious moments of peace that they don't mind getting their tots slightly tech-addicted.

The problem is many toddlers today aren't just using gadgets with screens for a few minutes. They're engaging with them for hours.

Common Sense Media, an organization that focuses on media, technology and the resultant impact on society, conducted a study of kids eight years of age and under. The goal was to find out how people in that demographic group interact with technology. The researchers also wanted to determine how usage habits evolved over the years. To achieve that objective, the team combined the recent data with the findings of similar studies carried out in 2011 and 2013.

The study showed some frightening conclusions gleaned from talking to a representative sample of 1,400 parents. For example, the amount of screen time kids spend on mobile devices alone has tripled since 2013.

What's worse is that attachment to technology starts very early. As an example, the statistics revealed that kids eight and under spend an average of two hours a day in front of screens. Furthermore, children aged two to four sit with screens for 2.5 hours daily. That amount goes up to almost three hours for kids from five to eight years old.

The TV is often on in the background

Almost half of the parents surveyed admitted that the television is often on in the background. That theoretically makes it much easier for kids to become engaged in a program even if they were doing something else before getting distracted.

A different study carried out a few years ago at the University of Iowa that also focused on young kids confirmed that background noise negatively impacts children's brain development and prevents them from getting immersed in play or learning.

That research resulted in a recommendation that watching TV should be a scheduled activity and once a program finishes, parents should ensure that the television switches off and stays that way. The scientists clarified that some educational programs are OK for kids to watch, but caregivers should act as supervisors.

Know how much is too much

Some parents might read the details of the latest study and understandably feel that perhaps the findings are biased or should not be taken seriously for another reason. However, any of them that need more evidence should look no further than recommendations given by the American Academy of Pediatrics (AAP).

Previously, that organization took the position of banning screen time for kids under two. The AAP thinks it's best for kids under 18 months not to have screen time at all - except for video chats. For children aged from 18 months to two years, the AAP recommends limited screen time, and only when the caregivers are around.

Finally, for kids two to five years old, the AAP says to manage screen time carefully and give them no more than an hour each day with supervision. Furthermore, it cautions that many of the apps marketed as educational options fall far short of expectations, meaning parents should investigate them before letting their children use the applications freely.

Harmful behavioral effects of too much screen time

The majority of parents in the Common Sense Media study said they were concerned about their kids seeing violent or sexual content. Collective exterior research indicates the concern is justified. For example, kids who see violence on TV or in apps are more likely to be aggressive. Television also often shows risky behaviors and enforces stereotypes. As a result, kids may be more likely to think the things they see on their favorite shows are acceptable.

In conclusion, it's important to realize that television, tablets and similar gadgets are not universally bad. However, they can become detrimental to kids when used too much or to view inappropriate content. Parents can play decisive roles by watching consumption levels and types closely and having discussions about media-related topics if they come up.

Kayla Matthews is a journalist and writer whose work has been featured on publications such as Fast Company, VICE, The Next Web, The Week and Houzz. Writing about the intersection of technology and daily life, Kayla is also a Senior Writer for the popular website MakeUseOf.
nextarticle 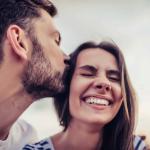 5 Ways a Husband Can Support His Wife…