It isn't necessary for people to conduct a vigorous Internet search to find out why they developed a taste for specific kinds of music and what those preferences mean.

Tom Barnes wrote for Mic that people have a "magic age," between 14 and 24, when preferences really develop and that at around age 33, people stop seeking new music.

The tunes people opt to listen to help determine what "Star Wars" character their personalities match, and recent research indicated that even cats have their own tastes.

However, Victoria Ward detailed for The Telegraph another way that music affects taste - literally

A University of Oxford professor, Charles Spence, found listening to certain artists' music paired with different foods enhances enjoyment of the meal, The Telegraph wrote. Spence said Taylor Swift's tunes and Chinese takeout are a match, as are Bruce Springsteen and Indian food.

"Taylor Swift's 'Blank Space' is the perfect match for your Chinese takeaway, while you might want to blast some Pavarotti when consuming pasta, but if you are listening to Justin Bieber, it is best to stop eating completely," the Mail reported.

Business Insider wrote that Spence had 700 volunteers eat take-out while listening to different types of music, asking subjects to rate the dishes from one to 10.

Hip-hop, though, not so much.

"Rock music, like Springsteen, made spicier food seem spicier. Jazzy Frank Sinatra and Nina Simone enhanced the flavor of sushi. Finally, classical music like Vivaldi and Pavarotti made the perfect pairing for pasta," BI's piece said. "Not all the music Spence tested found a match. Neither hip-hop nor R&B music particularly enhanced the experiences of any of the food tested."

Lyka Darna wrote for Food World News of the study's main development: that a strong link exists between culinary arts and other arts.

"After all, culinary is always partnered with the arts, which makes sense all the more," FWN wrote.

The food-music effect - for which Spence coined the phrase "digital seasoning" - also shows more senses are involved in eating experiences than people think.

"Most of us believe that we experience food primarily through sense of taste, smell, and vision, but a growing body of research now shows that the music playing in the background can also have an influence," the Mail quoted Spence as saying. 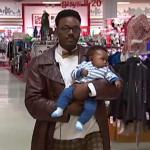 Frustrated Father Speaks Out Against Macy's For Not…