Texas toddler spends 2 weeks in ICU after swallowing magnets. Here’s what parents can learn from it

After Eating Several Small Magnets, a Texas 2-Year-Old Spent Two Weeks in the Hospital "Fighting to Live." Here's Why They're More Dangerous Than You'd Think.

A Texas mom has a warning for parents after a mishap left her 2-year-old fighting for her life: Children's exposure to magnets might be more dangerous than you'd think.

Jennifer O'Neill wrote for Yahoo Parenting that Lexi Kendall's daughter, Ava, plucked nine "pellet-sized" magnets off of the fridge and ate them. Kendall had little idea how ill magnets can make kids, but the toddler "started clutching her stomach, screaming in pain."

The situation landed Ava in intensive care for two weeks after a scan showed the nine pellets in her intestines, Yahoo Parenting wrote.

And Deborah Wrigley wrote for ABC 7 New York that Ava "has endured surgery to repair the tears and bring the infection under control."

"Magnets find each other, even through skin," Kendall told ABC 7. "They were burrowed in her intestines, creating holes."

Yahoo Parenting reported the situation prompted Kendall to take to Facebook to discuss the lesson: Young kids can get into more than parents think.

"My Ava is smart," Yahoo Parenting quoted Kendall as saying in the post. "She has never put things in her mouth prior to this. She listens when we tell her, 'yucky!' and doesn't go for it again. The part that is being missed is that toddlers can get into ANYTHING in a matter of SECONDS. It does not matter how high or how hidden you may think something is."

B.B.-sized, they're 10 to 30 times stronger than regular magnets, KSAT reported. They're banned in the U.S. but remain in homes.

Many of these small, spherical magnetic sets were introduced in 2009 - with magnetic ingestions tripling since then, Mary Elizabeth Dallas wrote for HealthDay.

The report read that experts note not all cases of swallowing magnets end with relief like Ava's; in some cases, the "ingestions can be fatal."

And toddlers aren't the only ones potentially plagued, Susan Donaldson James wrote for ABC News. A 14-year-old from Florida received rare-earth magnets from a friend in 2013.

She sought to use them for tricks, accidentally swallowed one and was rushed to surgery "before they perforated her stomach," ABC News wrote. 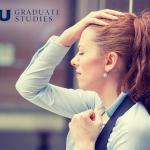 6 Ways Women Set Themselves Up For Failure