Text-to-911 feature is rare in the U.S. – but this post shows how it could help

A deaf woman's use of text-to-911 helped police locate two young children alone in a car. Still, it's a pretty rare feature in U.S. cities.

Without the text option - uncommon in most of the U.S. - a deaf woman would've struggled to alert Alpharetta, Georgia, police to kids alone in a car, according to a Facebook post from the department. The screenshot of the 911 text conversation went viral, with more than 12,000 shares at the time of writing.

This is a depiction of an actual text exchange using Text to 911.

We were an early adopter of this program...

Posted by Alpharetta Department of Public Safety on Monday, January 4, 2016

Ana Santos wrote for The Atlanta Journal-Constitution that the text feature helped police locate the small children, who had been in the car alone for almost an hour.

A 15-year-old was left in charge of the kids and no arrests were made, AJC indicated.

According to the report, Alpharetta's department is the first in the metro Atlanta region to adopt Text-to-911, "a technological program that allows cellphone users to text messages to 911 in lieu of calling." The program isn't available in most of the U.S. either as authorities advise people to call 911.

So in what circumstances would texting 911 be beneficial to people nationwide if made available?

The case in Alpharetta - involving the hearing impaired - is a good reason someone might utilize a text service, Jennifer Brice wrote for CBS Denver.

"It can escalate the perpetrator's behavior when they see or hear you talking on the phone," NBC News quoted Glenn as saying. "There are all sorts of scenarios where texting would probably be in your best interest. You could be hiding in a closet or maybe you could use the phone behind your back to text."

Petitions across the U.S. calling on lawmakers to mandate 911 texting have gained traction, and NBC News reported emergency officials also opine that the service works.

Text-to-911 helped in an unexpected way: during a carjacking, according to NBC News.

Ed Reuter, an emergency operations director in Bartholomew County in southeastern Indiana, told the organization a carjacking victim was in the backseat of her car traveling down an interstate. The driver couldn't see her texting 911.

"He didn't have a clue that she was texting the mile markers to us," NBC News quoted Reuter as saying. "We were able to tell her that the police were nearby and state police did make the stop and the arrest." 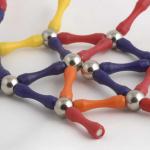