A new report from The Telegraph has found that Legos can be a better investment than the stock market or gold. That's right. Legos.

If you're playing the long game and want to make an investment that will pay off down the road, don't buy gold, save for a 401(k) or invest in the stock market.

A new report from The Telegraph found that Lego sets have the best return on investment for investors, better than investments in the stock market, gold or bank accounts. In fact, Legos have increased in value by 12 percent since the year 2000, with the value and price of a set rising considerably after it goes out of production.

Meanwhile, gold has only increased by 9.6 percent every year for the last 15 years, where as a savings account has jumped only 2.8 percent, The Telegraph reported.

This still occurs today, as recently produced Lego sets that are no longer on sale are sold for 36 percent more than the original price, The Telegraph reported.

The best investments are in Legos that come from movie sets, like Star Wars. But even the more normal sets - like of police stations or towns - increase in value. For example, the Cafe Corner hotel set that went on sale in 2007 had a starting price of £89.99 (about $132). It is now worth £2,096 (about $3,075), The Telegraph reported.

"The neat thing is that all sets are retired at some point, and several hundred are retired each year a movie run ends, a license expires or the Lego company wants to refresh its range," Ed Maciorowski, founder of investing website BrickPicker.com, told The Telegraph. "That means anyone with a set at home - large or small, it doesn't matter - could have quite an investment on their hands if it's in good condition, as this stuff appreciates very well in value."

Of course, the report says that Legos only have value if they remain unopened and in mint condition.

But this isn't always the case. Tom Alphin, a programming manager at Microsoft, wrote in a blog post that buying and reselling used Legos can earn people some money, too. Alphin, a long-time Lego builder, explained that some of the older Lego sets are so rare that people will pay between $150 to $200 for the used versions to complete their collection.

Alphin said he was trying to resell an Imperial Star Destroyer Star Wars Lego set through Craigslist, but didn't have luck at first. Soon, however, he met someone on the classifieds website who said they were looking for a specific piece and booklet with the set, which made the sale easy and profitable.

Still, Legos often are a little more pricey than other toy products, Daily Finance reported. This is often because the company's founder was a perfectionist whose motto was "only the best is good enough." The Lego Group has ensured that the product is top of the line, allowing them to raise the price.

"If you ever looked at a Mega Bloks set, and then you looked at a Lego set, you would definitely spend the extra money," Manfred Abraham, the head of brand strategy, told Daily Finance.

But this also allows people to buy a product that they can pass on to their children, Daily Finance reported. When people buy Legos, they don't just think about themselves, but their children and grandchildren, hoping that the product is durable enough to last another two generations.

"The ultimate question comes down to, how would I feel about giving my grandson fake Legos? I wouldn't do it," Amy Shea, the executive vice president of Brand Keys, a research consultant, told Daily Finance. "Even if I thought they wouldn't know the difference, I would know the difference. The knockoffs just don't have that emotional meaning." 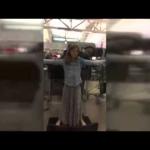 Dad Films Video of His 10-Year-Old Daughter Getting…