The Best Message a Father Can Give His Daughter

My Father Taught Me One Important Lesson That Has Helped Me Believe in Myself Today.

I can recall a particular moment in my adolescent years like it was yesterday. I couldn't wait for my dad to come home so I could tell him that I had won some kind of designation in my junior high school yearbook based on my appearance (save the commentary, people " I got plenty of feedback from the clique of mean girls, walking behind me, whispering just loud enough for me to hear, "She's not even that cute"."). It was one of those strange American public school traditions that should probably be banned, and hopefully is by now. No one was more surprised than I.

I thought my dad would be happy. When I told him, his lips went tight and he looked more concerned than pleased. I remember asking, "What's wrong, dad? Don't you think I'm pretty?" He said, "Of course I think you're pretty. I just really want you to understand that your appearance is not the important part of who you are."

He proceeded to explain that the world was going to constantly send me messages that my appearance would be what mattered, but that it was in fact transitory. I remember him saying, "You have a sound intellect. You need to develop your mind and your character. Those are the things that matter."

As I proceeded through high school, he took a great deal of interest in my academic endeavors. He was delighted when I decided to take an AP Computer Programming class at the neighboring high school, but somewhat lukewarm about the cheerleading outfit I brought home. He had what I decided was an unhealthy interest in my math grade. He constantly emphasized education and called it my "best insurance policy." By the time I was ready to leave home, I really did believe internally that the best part of me was not my appearance, despite the cacophony of messages to the contrary.

We live in an incredibly toxic culture as women. We need more dads who are actively counter culture. We need louder messages that, "Your appearance is not the important part of who you are."

I am really saddened by the amount of women continually surgically altering their appearances to meet a certain standard, and to fight natural aging processes. There is so much time and energy, not to mention self-hatred and anxiety that accompanies these endeavors. Even though I understand it, I am still sad, and worry about the next female generation. I am always trying to be cognizant about the messages I might be sending to my daughters.

The proliferation of pornography in the last few decades has further increased female anxiety over appearance. I have lost count of how many women I have had sitting in front of me expressing self-loathing because they feel that they cannot match up to the images on the screen, which also distances them further from their spouses. Here is a typical exchange ...

Woman (despairingly): I can't compete with the images my husband has been looking at on the computer. I can't be enough.

Me (therapist): The women in the images aren't enough either ... that's why men look at more than one image. Who are you besides your appearance? What is your value besides how you look?

Too many women are struggling to answer these questions.

There are two potential benefits to this conversation. The first is the facilitation of identity development independent of appearance. I really want women to learn to manage toxic cultural messages by realizing in fact that they are multi-dimensional and as such can continually develop more meaningful qualities. Secondly, if a woman can identify a broader identity, and her husband really is in recovery and is not actively viewing porn, he can voice to his wife what he respects about her besides just her appearance, and can affirm that as a three-dimensional relationship partner, really connecting with her is superior to the pseudo-connection of a screen, and she might be able to start healing. Again, this only happens if a husband really is in recovery, and if the marriage feels safe enough to disclose those types of feelings.

A great way to identify aspects of self that matter outside of appearance is to think in terms of relationship context. I often ask women, "What kind of mother, sister, grandmother or neighbor, etc. do you want to be?" My Swedish grandmother was widowed at a relatively young age, but she made herself relevant by driving most of her widowed friends to their doctor's appointments and visiting them often. She had a profound influence on me through her kindness and service.

I attended an eating disorder conference a few years ago, and was extremely impressed with one of the presenters, Cynthia Bulik, who authored a book titled, "The Woman in the Mirror: Stop Confusing What you Look Like with Who You Are." She spoke about the nature of body image problems with women across the life cycle, from early childhood to late adulthood. Something she said stuck with me. She pointed out that with so many unhealthy socially transmitted messages about image and who we are, the question shouldn't be, "Why are so many women developing eating disorders?" but "Why are so many women NOT developing eating disorders?" She proceeded to describe the necessity of identifying the moderating agents which prevent women from falling prey to the toxic culture. This implies hope that we can mitigate the contaminating broad cultural messages. In large part, I think it starts at home. 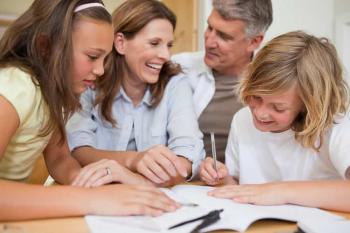 A Newer, Better Thanksgiving Tradition For Your Family