Have a family night where you sit down together and draw up a family mission statement that expresses the values you all share. Then, create a family flag that illustrates them.

When I was 17 years old, I belonged to a secret organization. It was called TETAC which stood for The Eggplant That Ate Chicago. It was the 70's - don't ask. My friend, Cricket Fike (girl, if you're out there, call me!) and I made up the Rainbow Chittlin's Division of that secret organization. We met on Friday nights and devised plans toward world peace. To this day, very few people (until now) ever knew about that organization. It was just ours and it united us in a sort of Bohemian sisterhood with these ideals.

Then, I grew up and had a family. Well, several families, actually. In those families, I tried to honor TETAC and create an organization that was united in some ideals. Despite the fact that those families were injured by abuse and divorce, the things we stood for still stand in most of us. There is a belief system that lives on in the hearts of my children and grandchildren as they weave their own ideals into the tapestry.

It's important that families work together in designing their own ideals to live by. All parties should be involved in contributing ideas and then have someone transcribe those ideas into a document, like a constitution, that everyone can feel a part of. I remember a 2-year-old telling me in one of our meetings, "puppies are cute." This is what he stood for and believed in. It was written into our family constitution because puppies are cute and we could all get behind that.

Here are ideas for creating your own secret family organization.

Set aside an evening when phones are put away and television is off. Full attention goes to the members of the family.

Come up with a name

It doesn't have to be anything ridiculous. After all, Chicago was never actually eaten by an eggplant. Include your surname, but add something covert or mysterious to make it fun, like: The SMITH or Society for Monumentally Incredible Tender Hearts or The Martin Academy for Really Cute Offspring. Make it fun.

This can be borrowed (One for all and all for one) or original (We speak fun as a second language). Let everyone throw out ideas and then take a family vote.

Compose your constitution or mission statement

This is where it gets fun. Have each family member contribute several ideas for what your family believes in. Think of the values you want to endorse like education, faith, kindness or service. The document isn't finished until it is voted on and signed by all members.

Create a flag or a coat of arms

It doesn't have to be intricate or even sewn. Glue shapes cut out of felt to represent the values in your constitution onto a pillow case and tack it to a dowel rod. Let all members of the family help.

Create a bill of rights

Include things like a code word that means things are serious and mom and dad need to drop what they are doing and listen. Mom has a right to claim a nap three times a week. Dad can have tools that are just his and no one can touch them. Anyone over 14 is allowed to have one weekend night without a bedtime. You get the idea. With the bill of rights, however, parental units should get the final say.

No society is complete without one. Come up with a silly handshake that can only be used by members of the family to one another. Make it elaborate and silly! Do the handshake at bedtime or mealtime or when they leave the house. It will remind them of the great organization they belong to.

Families are pulled in so many directions that things can get a little crazy. Unite yours by turning it into a secret organization that everyone helps build and everyone upholds. It can be a great bonding tool and can unite you in a covert world that is yours alone. 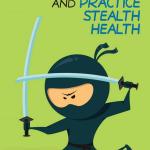