The kind of abuse that nobody is talking about

Emotional abuse is affecting children across the country in alarming ways.

We hear every day in the news about different kinds of abuse happening in our world. Physical abuse between spouses and families is widely publicized. The #MeToo movement has brought accounts of sexual abuse to a prominent view in the public eye as well. However, there is another kind of abuse that is affecting children across the world that is not being talked about enough.

Sarah Garrity (name changed for privacy) is one of just millions of children that faced emotional abuse from her parents. Verbally, her parents have wounded Garrity over years of emotional turmoil. Garrity explained that the emotional abuse, she believes, stemmed from her participation in competitive sports.

"The pressure was on since I began dancing when I was 3 years old." Garrity expressed. "I was a gifted dancer and everyone could see it, including my parents. I loved to dance more than anything, and my parents wanted to help me develop my gift. Their intentions, at first, were pure. They wanted me to excel and have every opportunity to do so."

However, Garrity's parents soon took their tactics for pushing their daughter to be the best out there too far. The emotional abuse, Garrity recalled, started around age 7.

The lack of self-confidence and recognition of self-worth is what haunts Garrity even to this day. She said these hurtful words and comments were beaten into her brain day in and day out. She started believing she was a terrible dancer and that mentality carried over into other aspects of her life.

Garrity recalls that her grades began to slip as the emotional abuse worsened. She lost friends because she did not feel she was worthy to have friends that cared about her. She even began to resent dance, the one thing she loved more than anything, because of the emotional turmoil it caused her.

It wasn't until she moved away from home to attend college that Garrity started to realize that her relationship with her parents was not normal. She started to recognize that the way her parents spoke to her was not OK. She began a long soul-searching journey to repair the emotional damage that had been done.

Now a 21-year-old junior at Arizona State University, Garrity is excelling in all aspects of her life.

"It took me a long time to realize the damage that had been done and the source of that damage." Garrity said. "Realizing my worth did not depend on my placement on a dance competition was the hardest part to overcome. I spent years in counseling privately and with my parents to help overcome the damage."

Garrity wishes more kids and parents could be aware of the effects of emotional abuse and how to recognize it when it is happening. She believes that awareness is the key to helping end the perpetuation of emotional abuse towards children.

"Parents need to become more aware of how their words affect their children. We need to educate today's parents on how to nurture their children into well-rounded, confident, independent people."

Sarah Garrity will deal with the effects of her emotional abuse for the rest of her life. But that does not mean that other children have to as well. Learn more about recognizing and preventing emotional abuse at thehotline.org. 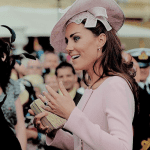