The Powerball is worth $1.3 billion, but everyone still loses

The Powerball is Worth Close to $1.3 Billion. You Have a 1 in 292.2 Million Chance of Winning. Here's Why No One Really Wins From It.

Wednesday's Powerball drawing will be for roughly$1.3 billion, giving Americans a chance to gain a lump sum of close to $806 million - the largest U.S. lottery winnings in history.

The odds are thin, though, with every American having a 1 in 292.2 million chance of winning. That means someone is more likely to get struck by lightning, bit by a shark or pick the winner of the NCAA Tournament than win the Powerball, USA Today reported.

"That just shows the total randomness of Powerball," Gary Grief, executive director of the Texas Lottery, told Today. "At our peak last night, we were selling more than $1.2 million in Powerball tickets every single minute."

With that much money on the table, people across the country are wondering what the best way to spend it would be. Some plan to spend lavishly and solve their debt problems. Others are hoping to cross some things off their bucket lists.

(Note: Even if you were to win it, your winnings would likely be split, taxed and won't serve as a good investment, The New York Times reported, so you would want to plan carefully to get the most of your money.)

But Instagram meme creator Esteyban had another idea on how to use lottery winnings: Divide the cash up among all of America so that everyone becomes a millionaire, simultaneously curing poverty in the United States. 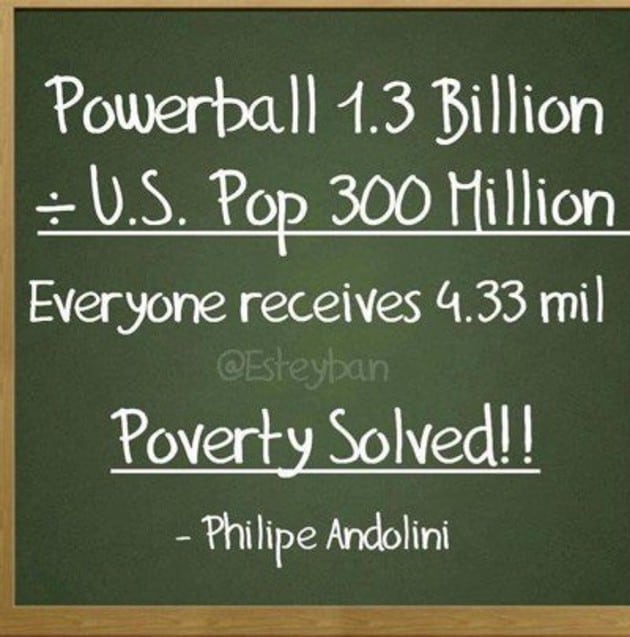 If you're doing the math, though, those numbers above don't add up. The Powerball's 1.3 billion worth, divided by 300 million people in the country, would only leave everyone with close to $4.33, The Huffington Post reported.

It's even less when you consider the lump sum. With an $806 million lump sum and a 322.8 million population, people would get closer to $2.49 - barely the price of a cup of herbal tea.

Esteyban realized his math was wrong and posted a separate Instagram picture to correct his findings, saying "Sometimes it takes a little humility and humor to start a conversation about an important topic," he said.

??? I'm willing to live with my mistakes. I guess me and Steve @iamsteveharveytv have something in common. Lol We both can donate $4.33 to help the cause of #poverty and #homelessness. Sometime is takes a little humility and humor to start a conversation about an improtant topic. God bless and good luck to everyone on the next #powerball drawing. #oops #lottery #lotto #mvmntbk #povertysolved #buzzfeed @buzzfeed #buzzfeednews

But curing poverty is very unlikely with the Powerball, even if the winnings were high enough to give every American millions of dollars, since the money spent by Americans to purchase lottery tickets rarely goes to organizations and people in need, even when it's supposed to.

As Jordan J. Ballor, a research fellow at the Acton Institute for the Study of Religion & Liberty, wrote for the Ethics and Religious Liberty Commission, some states have embraced heavy amounts of advertising to inspire people to participate in the lottery, making lottery tickets and gambling out to be a "form of civic duty, a valid and even commendable form of public service," with the promise of the money spent going toward the poor and to "provide for the needs of the people - education funding for example."

But Patrick Pierce, a professor who researches legalized gambling, said lottery money doesn't often go toward educational funding since the state spends millions already on education. It goes toward the wants of politicians. Sometimes, he said, do people know where the money is actually going.

This goes against the point of the lottery, Ballor explained, and what Jesus would have wanted for helping the poor. As Ballor mentions, the verse Mark 14:7 features Jesus saying, "The poor you will always have with you." He said this is meant to act "as a description of the inevitable result of human sin and social evil."

To drive the point home, Ballor, rather harshly, points out that the state lottery contributes to this evil, particularly because it doesn't help the poor even though it claims to.

"Such evil is exemplified well in the case of state lotteries," he wrote, "which have effectively codified Jesus' statement into an institutional goal."

More about caring for the poor

Homeless are being forced into shelters in New York 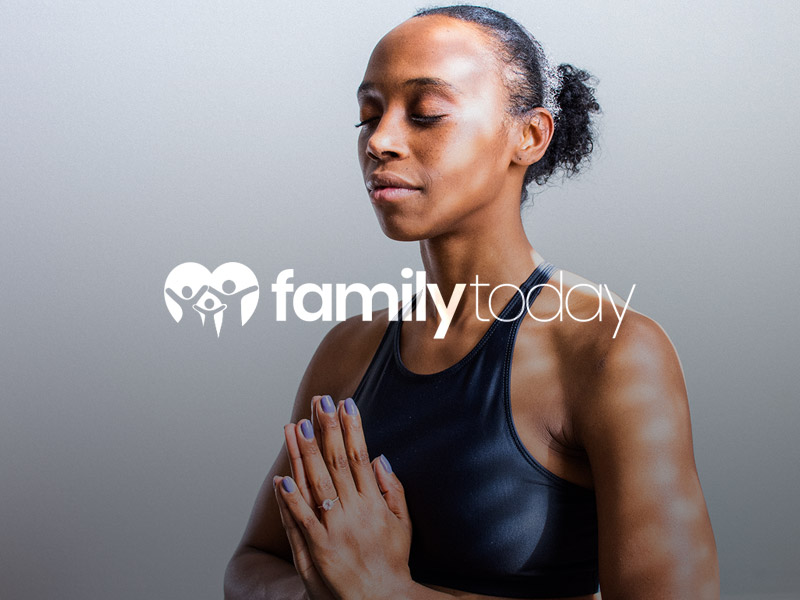