The simple yet costly trick to having IVF success

A New Study Says That Persistence and Continued Attempts at in Vitro Fertilization Can Help You Get Closer to Having a Baby.

Some American parents take an alternative route to have children called in vitro fertilization, a process of joining a woman's egg and a man's sperm in a laboratory outside of the body.

For most, this is an arduous and costly process that can leave some parents with empty pockets and still without a child.

But a new study from the Journal of the American Medical Association has good news for women undergoing IVF: persistence will help their chances, The New York Times reported. Specifically, two-thirds of women undergoing IVF will be pregnant after their sixth attempt. There's an even higher chance by a woman's ninth attempt, The Times reported. Most couples will end their attempts around the third or fourth try.

"The take-home message is your prognosis doesn't fall off a cliff if it didn't work after three or four cycles," Dr. Owen K. Davis, the president of the American Society for Reproductive Medicine, told The Times.

"Instead of saying, 'If you haven't been successful after three or four cycles, think about donor eggs or adoption,' the study says, 'If you keep going, there's still a substantial chance," Dr. Evan R. Myers, a researcher at Duke University Medical Center, wrote in an editorial that accompanied the study.

Despite this seemingly good news, the study said couples will often suffer emotional and financial troubles for attempting IVF too many times, The Times reported.

Many partners have debated whether or not to go through with in vitro fertilization, mostly because of its high cost. On average, IVF costs between $12,000 and $15,000 for a basic cycle, Internet Health Resources found. Some insurances do cover IVF, but most don't. And most costs differ based on each specific patient, meaning some costs could be well above $15,000.

And low-cost IVF treatments aren't exactly a good thing, either.

"While price comparisons are important when choosing a fertility clinic, it is also very important to consider the clinic's success rates," IHR explained. "If an IVF clinic offers very low-priced IVF, but their success rates are low, then multiple cycles might be needed to achieve a pregnancy. In this case selecting the cheaper clinic would not be the best decision."

And, as The Times reported, the IVF process takes an emotional toll on potential parents, especially when it doesn't work. As of 2012, 61,000 babies were conceived due to IVF, accounting for 1.5 percent of the 3.9 million U.S. births, NPR reported.

"It's not just the money being there," Taylor Smith, a preschool teacher from Arkansas, told The Times. "It's the emotional toll. Everyone is invested in it. My mother was more upset than I was."

In most cases, the first cycle is often the most stressful, The American Society For Reproductive Medicine explained. Couples are often confused and perplexed by the new process and stressed out over whether or not it will work. Stress levels rise during the waiting period, when couples are uncertain if the process worked.

The ASRM recommends couples who are worried about these stresses familiarize themselves with IVF ahead of time so there aren't any stress-related surprises.

It's also important for couples to make decisions ahead of time, as they may have to make choices about whether to go for another cycle, how many embryos they'll want transferred, and if partners will want to use donor gametes (sperms or eggs) in the process.

"It is important to anticipate decisions that may occur during IVF and discuss your options ahead of time," the ASRM said. "Sometimes these decisions may have moral and religious implications that you will need to consider and discuss."

Couples should also seek out a support network - mostly friends and family - who can help them cope with any potential problems or stresses that come up during the IVF process.

"Friends and family can be your best support or they can be your worst," the ASRM explained. "Decide in advance who you will tell about the procedure by identifying who will give you the support you need. In hindsight, patients often wish that they had not told so many people at the start, as it sometimes adds to the pressure. It can be helpful to designate a friend/family member as a 'spokesperson' who will let others know, when you are ready, what is going on." 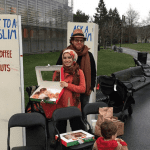 Why This Woman Created a 'talk to a…