The terrifying thing that Facebook is doing to faith

Today's youth are multitasking and multi-typing on at least two or three different kinds of social media. Has this sense of belonging replaced the need of belonging to a physical community or religion?

People used to wait for the sound of "You've got mail!" Nowadays, that's too passé and slow. Today people want a reply now. Trending in hashtags and views are the technological equivalent of surf's up. In the rush and bustle of this electronic noise, is religion losing something in translation?

In a study headed by Jean Twenge, a professor of psychology at San Diego University, researchers analyzed survey data from more than 11 million respondents, consisting of everyone from eighth graders to college-goers in the period between 1966 and 2014, as reported in the journal PLOS One. The trend shows in the difference between 12 percent of college students in 1970 who said they'd never attended a religious service, to today when the number is 27 percent. Students who identified themselves as having no religion went from 13 percent to 25 percent in the same time period.

In his inaugural address on January 20, 1961, President Kennedy said, "Ask not what your country can do for you but what you can do for your country." Somewhere along the line this viewpoint has been replaced with "Younger generations who are increasingly entitled, self-obsessed and unprepared for the realities of adult life," according to Professor Twenge in the New York Times._

This focus on the individual's needs over any others' is an anathema to religion whose main tenets are about selflessness. "Individualism can be an uncomfortable fit with religion," said Professor Twenge on QZ.com. She continued, "The need to belong hasn't changed. What has changed is how people fulfill it." With options like Facebook, Instagram, etc., people can feel belonging without ever leaving the house. The sense of community has shifted and religion is getting left behind.

Not everyone agrees with Jean Twenge's assessment. Jeffrey Jensen Arnett, a research professor in psychology at Clark University said, "I think she is vastly misinterpreting or over-interpreting the data, and I think it's destructive." But Professor Twenge defends her work. "Whereas religion typically emphasizes social norms and appeals to a higher authority, individualism focuses on the self and personal choices," she said in the PLOS ONE journal. Religion has rules and individualism is more narcissistic.

Facebook and other social media may be a challenge to religion, but it has survived the Flood, the Plague, the Inquisition and many others. Parents can monitor to assure moderation in all things. Phones can be turned off and the world will still turn. To paraphrase Thomas Jefferson, eternal vigilance is the price of faith.

Kent Larson is from Phoenix, Arizona. He's been happily married for 30 years. They have two sets of twins and he's been teaching for 26 years. His interests are his family, writing, reading, music, and movies. Find him at kentalarson.wordpress.com.
nextarticle 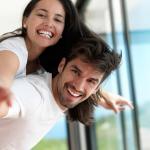