Hanukkah Began on Sunday Night at Sunset and Already People Are Embracing the White and Blue Holiday.

One of those celebrators was Rabbi Mendel Rosenblum from South Hills, Pennsylvania, who helped light a 12-foot menorah for his community and raffled off a gaggle of prizes to worshippers, according to TribLive. Home Depot offered some supplies to let children make their own menorahs, while a juggler entertained adults, TribLive explained.

In years past, Rosenblum held Hanukkah celebrations on ice-skating rinks, in shopping centers or in bowling alleys, TribLive reported.

"The idea is to bring Judaism and the message of Judaism to an area that makes it accessible for many more people," Rosenblum told TribLive.

There was a similar celebration Sunday night in Detroit called "Menorah in the D," where thousands of worshippers gathered in downtown Detroit to cheer for the first night of the holiday, according to MLive.com. The event even had a 300-foot zip line, along with games, crafts and food, MLive reported.

But these are far from the only Hanukkah celebrations happening throughout the United States and world. Here are some photos that show the world celebrating the Jewish holiday.

'Twas the first night of #hanukkah... We had enough presents for eight days but the kids burned through them all in one hour.

The Fremont Street Experience in downtown Las Vegas welcomed the first night of Hanukkah with the lighting of the Grand Menorah on Sunday. A ceremony was led by Rabbi Shea Harlig, Director of Chabad of Southern Nevada, to welcome the holiday known as the Festival of Lights. Mayor Carolyn G. Goodman lit the 20-foot Grand Menorah that will be on display at Fremont Street and 4th Street during the Hanukkah season. #welcomehomelasvegas #lasvegas #vegas #downtownlv #carolyngoodman #grandmenorah #festivaloflights #hanukkah #happyhanukkah #fremontstreet #holiday

A photo posted by WelcomeHomeLasVegas (@welcomehomelasvegas) on Dec 7, 2015 at 9:20am PST

Happy Hanukkah to all my friends and family ????#BecauseHotlineBlingWorksWithEverything #hanukkah #missyou @champagnepapi #drake

Everyone had such a blast at our churches "Star of Wonder" Christmas celebration last night! I was the only one who didn't go sledding down the snow...and I'm okay w/ that!??⭐️⛄️❄️#CHRISTmas

Nothing excites me more than hanukkah! Happy Hanukkah! Last year I celebrated it in NY this year in Mexico but it doesn't matter where you are! It's hanukkah time! ?❤️ #hanukkah #love #jewish #likes #tagsforlikes #happyhanukkah #israel #traditional #fun #follow 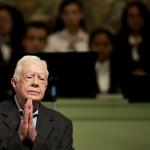