If She Hadn't Used the App to Easily Track This One Thing, Her Baby Would Have Died in the Womb.

Iowa mom Emily Eekhoff credits a phone app for saving her daughter's life. While pregnant, she was able to realize something was wrong while her unborn baby silently suffocated in the womb.

When Eekhoff reached seven months (28 weeks), she began counting her baby's movements using an app called Count the Kicks. On average, babies move 10 times an hour, which indicated everything is OK. 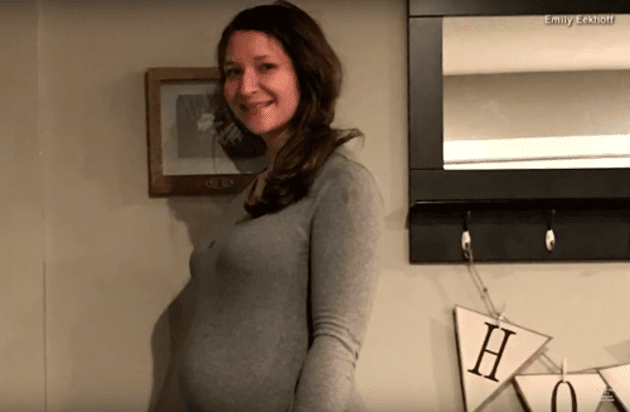 But one day, during her 33rd week, Eekhoff felt her baby's movement occurring much less than 10 times an hour. The movements diminished so much that Eekhoff called her doctor, who referred her to the hospital to monitor her heart movements. Although all of Eekhoff's vitals looked fine, there was no fetal movement. Eekhoff was rushed into an emergency cesarean surgery.

"It happened so quick," Eekhoff said. "I didn't have time to process she's coming right now."

Eekhoff's daughter, Ruby, was born with the umbilical cord wrapped three times around her neck - a serious fetal situation with a high risk of death. The baby had been struggling to receive enough oxygen, but fortunately she was born healthy. Beyond joyful for her daughter to have escaped certain death, Eekhoff credits the app and the habit of tracking a baby's movements as the saviors of Ruby's life.

"I think counting her kicks definitely saved her life because I was aware of what her normal was, and when that changed, I went in (to the doctor) instead of waiting," Eekhoff told Today. "Had I waited, she likely would not have lived."

Emily's doctor, Neil Mandsager, a specialist in maternal and fetal medicine at Mercy Medical Center in Des Moines, Iowa, agrees with Eekoff and said that in a few days Ruby would have died. It was he who advised the emergency cesarean.

"This most likely would have resulted in stillbirth at some point, whether it was one day, two days or three days," said Mandsager. "She saved her baby's life by paying attention to her baby's activity."

After 20 days at the hospital, Ruby went home on June 19 to the joy of her parents and brother.

Eekoff knows her daughter's situation most likely would have ended tragically had it not been for Count the Kicks, and she's forever grateful for the app's creators.

The creators of Count the Kicks are five women who each suffered the loss of a baby early on.

"I think we owe them more than we can ever say, I mean, our daughter's life," Eekoff said. "What they did with their own tragedies to build the app, build the organization is saving lives."

What is the importance of fetal movements?

The constant movement of the baby is an indication that all is well. If there is a decrease, causes such as fetal distress, loss of amniotic fluid or life-threatening emergencies might be present. Movement counts are often used in high-risk pregnancies starting at about the 26th week. It is a method that has saved lives, with the following advantages:

When should you feel your baby start to move around? WebMD says you'll only feel a few flutters here and there early on in your pregnancy. It's usually not till the end of the second trimester that you should really start to feel your little one kicking and bouncing around.

Make sure to check with your healthcare provider on the best ways to track your unborn baby's health. 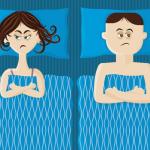 3 Reasons Your Spouse is Distant