Tiger Woods is still battling plantar fasciitis in his right foot, but that didn’t stop him from golfing with his 13-year-old son Charlie in the PNC Championship. Woods sacrificed his recovery back to the PGA Tour because he wanted to ensure he was available for moments like when he teed off with Charlie.

When asked about delaying his recovery after a car accident in 2021, Woods told ESPN, “You know, I don’t really care about that. I think being there with and alongside my son is far more important, and [getting] to have a chance to have this experience with him is far better than my foot being a little creaky.”

However, Tiger isn’t the only Woods battling pain on the golf course. Charlie also suffered an ankle sprain, but he was still determined to golf with his father. He used a cart during the tournament, where he was paired with Justin Thomas and his dad, Mike. Still, Tiger isn’t ready to commit to anything in the 2023 PGA Tour Schedule. Tiger said, “I’m doing everything. It’s frustrating because each and every day, I have to do it, and then on top of that, it’s trying to sleep in the damn boot. It’s no fun. My left leg is sometimes bleeding because the boot hits it. It’s just annoying.”

This is the third PGA tournament that the Woods father-son duo have done together. They almost won last year, but John Daly and his son, John Daly II, won by two strokes. Tiger said, “Any time I get a chance to spend time with my son, it’s always special,” Tiger said. “And to do it in a competitive forum, the last couple of years have been magical.” According to ESPN, Tiger’s PGA Tour friends told him to slow down, but that’s not in his nature. Earlier this month, he competed in “The Match” with Thomas, Rory McIlroy and his partner Jordan Spieth. This match was friendly and also involved carts.

Unfortunately, Woods’ plantar fasciitis flared up when he tried to play at the Hero World Challenge in the Bahamas in November, and he had to leave the tournament early. His schedule may not be set, but some think Woods may return to the golf course for the 2023 Masters in April. Woods said, “If I didn’t have the plantar feeling like this, then, yes, I could tell you [how much I’m going to play in 2023], and I’d have a better idea.”

Still, his competitions are the last thing on his mind. All Tiger Woods is worried about is spending time with his son Charlie. Though the Woods father-son duo finished in eighth place this time, there’s no doubt that this won’t be their last competition together. For most fathers and sons, spending time together involves fishing, hunting or taking a swing on the golf course. However, for the Woods father-son duo, spending time together involves competing in golfing competitions. These are memories that Tiger and Charlie will carry for the rest of their lives. 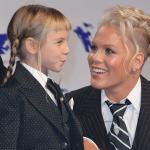