There are many lessons to be learned from classic literature. The situations, characters and plots from the great Jane Austen are absolutely timeless.

I love classic literature because it is timeless, universal and always relevant. Jane Austen's Pride and Prejudice is a favorite of many people and has taught us many important lessons about ourselves and our relationships with each other, our family and the world at large.

Here are a few lessons I have learned from the fictional Bennet family (with examples from the book, added for color and humor):

No matter how old and spinsterly you get, never, ever marry just to marry. It is so much better to be alone for the right reasons than with someone for the wrong ones (for example, your arrogant, pretentious, dull clergyman cousin).

Give people time to get to know the real you

Just because someone doesn't like you initially does not mean you won't grow on them through your slow-to-show kindness and compassion. Be yourself. People will eventually like you or they won't.

Just because you find a (tall, dark, handsome, wealthy) gentleman insufferable does not mean that there is not a kind gentle spirit inside him.

The most charming men can be evil

They flatter you. They make you giggle. They are handsome. They schmooze your family. (They might even wear a handsome uniform.) They can still be a snake in the grass. People of quality don't generally feel the need to proclaim they are people of quality. If a man is trying too hard, watch out.

Do everything you can to protect your family

Protect them from harm. Protect their reputation. Stand up to family members if you see they are putting themselves in harm's way. (If your younger sister is too flirtatious, often causing incalculable damage to your family's reputation, and wants to accept an invitation to travel with a young friend her own age and that friend's husband who is three times their age, and your father won't listen to your reasoning and your mother is blinded with pretentious desires, throw yourself under the carriage to stop her. She will bring shame upon your household.)

Don't hold a man's wealth against him

It is just as easy to fall in love with a wealthy man as it is a poor man. Kind of. Just keep an open mind. (It might take a lot of dancing and mingling with his little sister and talking to his servants to discover his charm.)

You never know where and in with whom you'll find love

Influence and connection to proper families is never a solid reason to marry. Powerful and wealthy families don't always produce sweet and charming sons or daughters. You shouldn't hold a person's family against them when it comes to choosing them as a mate. (You may find the very best wife in a ridiculous family of cackling females, with a loud matriarch and an oblivious patriarch.)

Never let anyone dictate who you love

Never succumb to pressure from family or friends. Despite what others may tell you, you know yourself better than anyone. (Not even an old aunt with more money than the Rockefellers who thinks that her money and threats can rule you or the man you love who happens to be her nephew and who she has determined will marry her sickly daughter. Just because she has a fancy carriage and speaks to you like you are nothing more than pond scum doesn't mean you are. All the money in the world shouldn't stop you from fulfilling your dreams, even if they are new dreams because the person you found so prideful and repulsive turns out to be kind and generous and willing to risk it all, including all the money from his mean old cranky-pants aunt to be with you.)

Never let pride keep you from changing your opinion

We often form opinions from first impressions, or even something we've heard someone say, though it may not at all be what they meant. (Just because you've told the world and a handsome, wealthy man that marrying him is the last thing you would ever do, and then you find out who he really is and what he really meant, don't let your own pride prevent you from living happily ever after at Pemberley.) It's perfectly acceptable to have a change of heart and mind, even if you did boast rather loudly quite the opposite. Humility is even more important than lovely eyes. If you have a change of heart, for goodness sakes, don't be afraid to declare it and to ask everyone to forget what you said about someone before you actually got to know them. And maybe learn to reserve your outspoken opinions until you do see the big picture.

Though someone in someone's close circle of friends, who are of the opposite sex may make disparaging remarks about you, both in front of you and behind your back, doesn't mean that they will influence his decisions in any way. He may not speak up in front of you in your defense, but that might just be to spare you further embarrassment. He may put them in their place when they are out of your presence. He may tell them how much he admires you.

Be there for your sister

When a sister or other family member is in trouble, be there for them. (Like when one sister sends you a letter telling you terrible news about another sister, even if she is a horrible flirt and not worth the time and energy it takes to get her out of the dreadful situations she gets herself into, she is your sister. Be there for her even if she is rude and abrasive and makes you walk behind her because you are not yet married and she is, even if it's a ridiculous farce of a marriage to a conniving snake in the grass.)

There you have it. Lessons I've learned and embraced about family through relentless reading of one of my favorite timeless classic novels. Find your own lessons through reading and analyzing great works of literature. 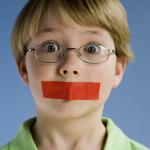 What Did You Say? Why Parents Should Put…