I had graduated from college, spoke two foreign languages fluently, and was a successful sales woman. I felt there was no task I couldn't accomplish or skill I couldn't master. But I was wrong. I was about to potty train my first child.

Much of motherhood is glorious, uplifting and fun. However, there is one chore which looms over even the most cheerful and talented mothers: Potty training. When my first son was 1-year-old, I delved with excitement into the mission at hand. Unfortunately, the process (which spanned a year and a half) left me older and wiser, and vowing that I would never again train another breathing thing.

The task started pleasantly enough. I read a book about potty training in a day, and made the fateful decision that my child (and I) were intelligent enough for such a feat. After all, I had been successful in other avenues of my life (like graduating from college and learning a foreign language), and I saw no reason I couldn't succeed at potty training a child. I was confident that if I followed every step the book explained, my brilliant toddler would be an amazing success in just 24 hours. However, after days of constant messes, tears and frustration, I didn't like my son very much, and he didn't like me at all. I soon gave up.

Two months later, when time had dulled my memory, I attempted the potty training task, again. Yet after several days of tears (mostly mine), and some embarrassing scenes in public, I was once again forced to retreat.

After nearly a year of these painful power struggles, my next-door neighbor, Tina, calmly announced one day that she had started potty training her 2-year-old. I was shocked. Amazingly, she didn't seem stressed out at all!

During the next week, I watched Tina and took mental notes of her method. Then, bravely, I set out again to train my son. I mimicked Tina's nonchalant attitude, and was amazed that, within a week, my son was potty trained. It was an exhilarating feeling. Only a mother can appreciate the triumph that comes from having a potty trained child.

Since that grueling initial experience, I have potty trained eight other children - successfully, I might add - and would love to share the tips that I gathered along the way.

Following are some potty training steps that have worked for me. Adjust them to your lifestyle.

If your child relapses, stay calm and positive, clean up the mess and move on. Your confidence will remind him that he can do it. Soon he will be back on track, and you will be victorious.

Â  Nettie Francis is the mother of nine children. She has written on topics pertaining to children and families for the pastÂ 20 years. Her work has appeared in national and international publications. She blogs at fromthefrancisfarm.blogspot.com Â
nextarticle 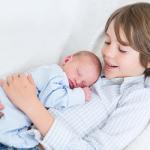