Unfailing Lessons From an Imperfect Mother

Mothers Fear if They Are Not Perfect, They Have Failed Their Children, But the Daughter of a Woman Who Suffered From a Serious Mental Illness Shares the Valuable Lessons She Learned From Her Imperfect Mother.

As mothers, and as women, we strive for perfection, in our home, in our church responsibilities, and especially in our mothering. We worry that if we are not perfect in every aspect of our lives, we have somehow failed those we love. What we do not understand is that even the most imperfect mother has lessons to teach, value to give to the lives of those around her, and love to share. Her children will often recognize it and still call her blessed.

My mother suffered from a very serious mental illness. She was diagnosed with Dissociative Identity Disorder, also known as Multiple Personality Disorder. She had fourteen alters, many of which were helpless children and had to be cared for, three of which were male and one of which was violent. In addition to this, several of her alters were addicted to prescribed medication and abused them on a regular basis. Because of her condition, she was not by any standard considered a "perfect" mother, she wouldn't have even been classified as a "good" mother by society's standards.

My sister and I were more of a mother to her than she was to us, nevertheless, she was my mother - and the only mother I knew. As a child, I struggled with my relationship with my mother. Now that I am a mother to my own children, as I reflect back upon my mother, there are some very valuable lessons I learned from her. I will be forever grateful for the sacrifices she made with the life she had been given.

Here are the lessons I learned from an imperfect mother.

When God speaks to you, listen

There were very few occasions I can remember my mother being just my mother, but one of those tender moments I remember most was when I was dating my husband. He had asked me to marry him, and I had turned him down for a very superficial reason and I was lying on the couch with my head in my mother's lap crying while she stroked my hair. I asked her why I hurt so badly. Her answer was both simple and profound, "Maybe it's the Spirit telling you that you have made the wrong choice." She was right. I had made the wrong choice, and I think of her words often every time I feel prompted to act. By following God's direction, you can only improve your life.

If someone asks for the shirt on your back, give it to them

My mother had an alter who was one of the most giving people I have ever met. When she was out, she was constantly seeking to serve others, whoever they might be, and she was willing to give away whatever we had if it helped someone in need. She was fueled by doing good and she was my most favorite alter because she was kind, loving, non-judgmental and forgiving. Service will bring you joy.

God loves all his children, even the imperfect ones

Many times as my mother was passed out because of another prescription drug overdose, or when she was her three-year-old alter and would need help getting dressed, I would pray to God to help me understand her and he would help me feel his love for her. Caring for her often gave me the opportunity to see her through God's eyes. God loves all his children, especially the imperfect ones.

A mother's love is endless

I always knew that my mother loved us, but it wasn't until after her death that I realized just how much. The day of her funeral, my sister had a dream of my mother dressed in white, smiling. My mother spoke to her in the dream and said, "Do not mourn for me, I am happy and now I can finally be the mother that I always wanted to be." Although it was a dream, to me it was so much more. As I watch over my own children, I can feel my mother watching over me. I can feel her strength, her joy, and her love. She may not have been perfect, but she was and forever will be mine. Mothers may not be perfect, but their love for their children can be.

Perfection is unrealistic, and it comes at a cost. Perfectionism carries with it fear, fear of what others might think or say. Arianna Huffington said, "The fastest way to break the cycle of perfectionism and become a fearless mother is to give up the idea of doing it perfectly - indeed to embrace uncertainty and imperfections." As we give up perfectionism, we become the imperfect fearless mothers that our children need to teach them the unfailing lessons of eternity. I will forever be grateful to my own imperfect mother and her unfailing lessons of love. 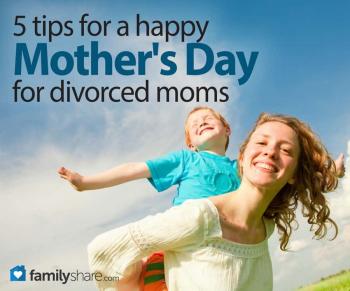 5 Tips For a Happy Mother's Day For…