What do you think: Reward systems and parenting, part 2

Do reward systems work to change a child's behavior? Here's what I have to say.

It's likely the claim that reward systems aren't effective tools for changing a child's behavior has reached your ears, and recently I asked what you thought of the matter.

Here's what I think:

Yes, reward systems can be one effective method for changing a child's behavior. Society is heavily integrated with reward systems. But there are risks, and for a reward system to be truly effective, it should have the proper motivations, manners, and end goals.

Robin Gille, of The Natural Child Project, says that the psychological research into reward systems is the same research that gave us "rats [that] run mazes, pigeons [that] peck at colored buttons, and dogs [that] salivate at the sound of the bell." She continues to say the primary problem with this approach in raising our children is that, "We don't particularly care about the quality of relationship we develop with a lab rat" and that we're still waiting for the research that shows that these rats continue to improve and exhibit ambition once the rewards stop.

In other words, the manner and motivation of our reward systems matter. Successful reward systems are focused on an end behavior -the result-of the long-term program. And not just a specific behavior, but rather a pattern of behavior. As Gille points out, it is one thing to train a child, like a rat, to respond to a particular stimulus in order to garner a reward. It is entirely different to develop within the child a desire to improve, expand their abilities, and seek the benefits of such on their own accord.

A good example of such a program is Alcoholics Anonymous. The AA program is primary focused on the recovery and life-long sobriety of its members. The rewards it offers are stability, self-confidence, and recovery, and the entire focus of the program is to this end.

On the flip side, unsuccessful societal reward systems are not focused on the end behavior. You need look no further than our current prison system to see a fine example of a program that fails to change behavior, and the proof is in the rates of recidivism among the former prison population. Clearly our prison system is failing at modifying behavior.

In rewarding our children for behaviors, we should ask what our end goal is and if we are meeting the end goal. A reward that does not reinforce the end goal behavior will never achieve the end goal.

Similarly, our motivations for behavior change are also critical to long-term success. My son is currently being potty-trained. If my only goal were to stop buying diapers, it would make sense for me to associate the rewards with the number of diapers he used in a day, but that wouldn't build the proper associations in his mind nor would I ever focus on the real issue at hand. Instead, my motivation is for him to learn this critical skill regardless of time, effort, and setbacks.

Similarly, if our only goal is to stop a behavior for our own comfort and benefit, perhaps you should ask why that matters so much. Usually, uncomfortable behaviors are either a request to pay attention and be a parent or a natural response to the child's surroundings.

Finally, our approach in giving appropriate rewards should properly match the circumstances and reality of life. Many times, the best reward systems are passive and natural. In other words, every behavior doesn't require a tangible reward. Most parents don't give their kids a reward for not stealing. Natural consequences rely on the consistent and predictable results of our decisions, and learning that principle is key to growing up.

A passive, natural consequences reward system is as simple as noting to your child that every behavior has a result. If you don't wear a coat on a cold day, you're probably going to get cold. If you eat your supper, you get dessert. And it's important to let the child experience the consequence (within reason).

Children are not like the rats scientists train to run a maze in exchange for a prize. Reward systems have a place-a big place - in helping our children learn proper behavior. Such systems are valuable, but they should be natural, they should be adequate to the needs of the child, and they should match a stated and meaningful end goal. For any reward system to be fully beneficial, the primary goal must be the benefit of the child, and not the parent.

Dave is a family man, professional writer, and a hobbyist beekeeper. When he's not chasing down the kids, he's most often found with a book/pen/trowel in his hand or out watching the bees.
nextarticle 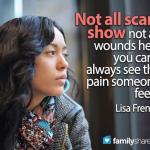 Children Who Have the 'blues' Are Nothing to…