Imagine Not Knowing What Your Mother's Face Looked Like Until You Were 12 Years Old.

Christopher Ward Jr. has lived his entire life unable to see the face of his mother. Born with an underdeveloped optic nerve, he can only recognize colors and shapes and watches television by touching the screen with his nose.

So when Christopher was able to try a pair of electronic eSight glasses, it was an emotional moment for both Christopher and his mother Marquita.

Marquita first learned about the glasses through a news show demonstrating the new technology. Although she was skeptical that it would work for her son, when she heard of the technology again a short time later, she decided to ask Christopher's vision teacher about it.

The glasses work by recording live video through a tiny high-speed camera in the glasses and then flashing that video onto a small LCD screen directly in front of the wearer's eyes.

Marquita was hopeful the technology would allow her son, who is legally blind, to finally see.

Though the glasses can't help everyone, Marquita set up an appointment in Washington, D.C. for Christopher to experience wearing them in a one-hour demonstration.

With the help of the glasses, Christopher was immediately able to see once he put them on.

"The very first thing he did was turn to me and say, 'Oh, Mommy! There you are!'" Marquita said. "And then to hear him say, 'I saw my mom, and she was very pretty,' was so heartwarming. And aside from pretty, just the fact he could even see me meant the whole world to me."

Marquita had waited 12 long years to see eye-to-eye with her child.

The technology does not come cheep; it required $5,000 for Christopher to obtain his own pair, a price Marquita could not afford. But thanks to generous donations of both friends and strangers, within minutes of the world hearing their story, they were able to raise more-than-enough money for Christopher to get his very own pair of the high-tech glasses.

We live in a world where what might be considered weaknesses can be made into strengths and where our reality can be anything we want it to be if we dream big and work hard.

Christopher spent the first 12 years of his life unable to see all the beauty around him. But with one simple pair of glasses, he can now see the face of his mother and so much more.

His story teaches us that we can achieve impossible things. We are not defined by what appear to be limitations. And, as we learn to break free from those things, we can find true freedom. We can see with new eyes and feel with a new heart.

To Marquita, the entire experience was heartwarming as she watched her son open his eyes to see. It is a call to all of us that if we open our eyes to see those tender moments around us, they will warm our hearts and touch our very souls.

When we witness the impossible become possible, life becomes richer; we realize there is no such thing as impossible. "The word itself says, 'I'm possible.'" 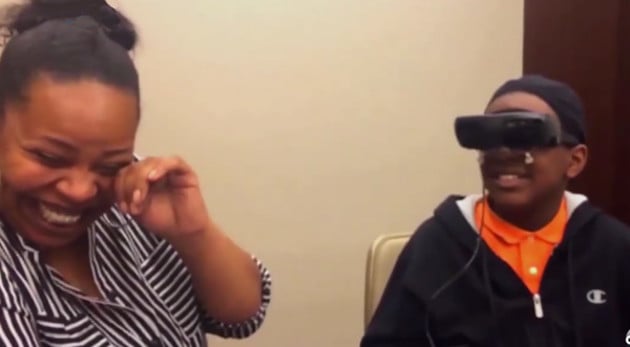 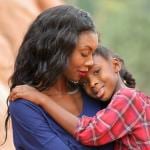 How to Teach Your Child Tolerance in a…