When foster mom of 9 hears people bullying another foster mom struggling with her kids at Walmart, she takes matters into her own hands

'there Are Not Nearly Enough Women or People Like Her in This World.'

Being a foster parent is no easy task; but mom of nine Lindsay Rae has loved opening her heart and home to foster children. Even though it's tiring, far from glamorous, and heartbreaking at times, Rae lovingly supports her kids and fostering in general.

So when Rae saw a fellow foster mom being bullied, she didn't hold back. In fact, she shared her whole shocking experience in a post that has since gone viral.

Rae was at Walmart, waiting in line between a woman checking out and a chatty couple behind her. She noticed two things - the woman in front of her was wrangling five kids who appeared to be a mix of races (three of whom were dressed in summer clothes despite the cold weather), and the couple behind were making rude remarks.

"How many baby daddies do you think she has?" they loudly whispered.

"Can't even dress those kids for the weather."

"Just wait until she whips out the food stamps."

Rae recognized the woman not as the mom the couple was judging her as, but as a fellow foster parent - and the poor woman was struggling.

"I looked forward to see a woman fumbling with separating clothes items; coats and shoes, socks and underwear from the food items with the black plastic separators," Rae said. "It was true she was struggling with a food stamp card. Didn't know what buttons to use to complete the transaction."

As the visibly overwhelmed mom continued to fumble with food stamps, the rude couple commented sarcastically about their tax dollars at work. It was the last straw for Rae.

Helping another mother out

"I shot them what I can only imagine was the death glare only a mother of nine can execute to perfection," Rae said.

Then she stepped forward and kindly asked if she could help. Rae asked whether her children were foster or adopted and explained she had seven foster children. "I get it, please let me help."

The slightly embarrassed but relieved mom explained she was a brand new foster mom and it was her first time shopping for her new kids that arrived three days before.

"They gave us food, but the kids needed clothes, but no stipend has come through yet," the mom explained.

Rae told her that her children were beautiful and proceeded to teach her how to use the card.

As the three children reached for their new coats, Rae hugged the mother, telling her "You have got this."

Turning to face the bullies

The new foster mom walked to the exit with renewed hope, but Rae wasn't finished yet. She turned around to face the couple behind her and put them in their place.

"Those children? They lost the right to live with their parents just days ago, those clothes? Probably the only clothes they own, or got to leave their home with. THAT woman? Opened her home to kids, kids that needed a safe place to go, when the one they lived in no longer proved safe enough or secure enough for them. The food stamps? Something health and welfare helps an already mother of two to feed three new mouths. There are not nearly enough women or people like her in this world."

With her voice shaking, Rae also told them that even if all five kids were hers biologically and she had a dozen "baby daddies," and was on food stamps, it didn't matter. Because no child in any situation deserves to go cold or hungry.

"I am sorry, but your behavior? Poorly done; VERY poorly done."

The shocked couple didn't say anything, but moved over to another check out aisle.

Filled with emotion, Rae continued checking out and was happy to find that her efforts encouraged not only one struggling mom, but two. Her cashier explained she was a single mother on WIC and thanked her for her courage.

"You foster mamas out there," Rae said, "hold your heads high. You are the hands and hearts that are the strong and the steady for small ones when they need it most."

WARNING; Insensitive people at the Walmart rant ahead.
Last night I found myself sandwiched in line waiting to check... 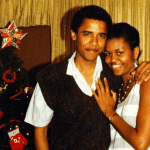