Where have all the good role models gone?

UFC fighter Ronda Rousey has been called a role model. But athletes, especially those who compete in violent sports, may not be the best choices.

UFC fighter Ronda Rousey's only loss came on Nov. 14, 2015, at the hands of Holly Holm. And since that time, Rousey has remained relatively quiet about how she accepted the loss.

This week on Ellen Degeneres' show, Rousey confessed that she had been on the brink of suicide following the loss, wondering if her life even mattered because she was no longer an undefeated fighter.

"I was literally sitting there and thinking about killing myself, and that exact second I'm like, 'I'm nothing, what do I do anymore, and no one gives a [expletive] about me anymore without this," she told DeGeneres, according to Vox.

She also told DeGeneres, though, that the loss taught her about accepting defeat in the face of failure.

"I really do believe that I'm still undefeated because being defeated is a choice," she said. "Everybody has losses in their life but I choose to always be undefeated."

Rousey's words make her out to be somewhat of a role model for people, especially those who are going through trying times and may be faced with failure. Rousey especially inspires young American girls because of her body type - not the paper thin model we've become accustomed to - and her competitive edge. For Halloween, many teenage girls dressed up as the MMA fighter because they felt so inspired by her, according to MMA Junkie, a news site dedicated to cage fighting and mixed martial arts.

But Rousey admitted she isn't comfortable with the role model title she's received.

"It is very flattering," Rousey said. "I have tried to do my best, but sometimes I feel I am not infallible enough to really be the perfect role model for little girls. I try my best, that's the best that I can do. I'm sure some mothers are happy about it and some don't approve and that's up to them and how they choose to parent."

Positive role models can be tough to find in today's society. In fact, it's especially tough for athletes in violent sports, like fighting or football, to be role models for young people when they earn a paycheck for punching someone in the face.

According to The Center for Parenting Education, the perfect role model is someone that inspires children through their behavior. It's someone who will help children achieve accomplishments and develop without instructing them to do so. Children observe the habits of these role models and follow in their footsteps. It's someone kids can look up to.

But parents don't necessarily want their children to look up to someone who works in a violent sport. Too much exposure to sexual and violent content, especially at a young age, can pose a problem for children, according to a 2003 study by the American Psychological Association. Young people who are often exposed to these pieces of media tend to be more aggressive later in life. And research shows there's been an uptick in sex and violence in today's media, especially television shows and movies, making it even harder for children to find a role model that fits family values, according to the Parents Television Council.

Athletes like Rousey may seem like they fit the mold, too, but they don't always. For example, fighters specifically have all the characteristics of a role model - humble, competitive, mentally strong - but they continually cause violence, which isn't something children necessarily want to emulate, explained Matt Saccaro, a contributor for Bleacher Report.

It's even worse if an athlete uses drugs to enhance athletic ability. Suddenly a teen or child's world can come crumbling down if they find out his or her hero is involved with these drugs, he wrote.

Still, there have been some athletes from violent sports who have acted as positive role models despite their brutal jobs. One of these is Dwayne "The Rock" Johnson, who spent many years as a professional wrestler before turning to acting. Johnson constantly posts uplifting messages on his Instagram account, most of which are tied to his workout routines and grind-it-out attitude.

For example, Johnson recently posted a photo of himself lifting some heavy weights, along with the caption, "days are going to ebb and flow with ups and downs, but like with any success we all work extremely hard for - consistency will always be the key. We can't control everything (though I try 'cause I'm a maniac;), but we can always control how on top of our game and prepared we're going to be when it's time to rock and roll."

445am and #OperationJunkyardDog is in full effect. Gotta be mean and nasty as a junkyard dog with this wild, long and hard 12months straight of shooting now of BALLERS, BAYWATCH, FAST & FURIOUS 8 and the big one, RAMPAGE. Every production has its own unique heartbeat and energy - since these projects span our Hollywood studios landscape - Time Warner/HBO, Paramount, Universal and New Line/Warner Bros our productions days are going to ebb and flow with ups and downs, but like with any success we all work extremely hard for - consistency will always be the key. We can't control everything (though I try 'cause I'm a maniac;), but we can always control how on top of our game and prepared we're going to be when it's time to rock and roll. #LetsShoot #OperationJunkyardDog #12MonthsStraight #AndCurlsForTheGirls ???? ?

And Johnson also showed his giving nature when he saved his two puppies from drowning in his pool. The two puppies rushed and dipped into the pool just after he set them down on the ground. The Rock sprang into action, diving into the water to rescue the dogs.

Like Johnson, current professional wrestler John Cena has also proven to be an inspiring role model for children, despite his more violent job. By August of last year, Cena had granted 500 wishes for the Make-A-Wish Foundation, ESPN reported.

"I just drop everything," Cena told ESPN. "If I can offer a fantastic experience, I'll be first in line to do my part."

NBA star Steph Curry is another example of a positive athlete role model, too. He's a devout Christian who remains humble and tends to stay away from trouble. He's a father and husband - aww, remember Riley Curry? - and constantly looks towards his faith for inspiration. And while the NBA is not nearly as violent as football or cage fighting, Curry still appears to be a positive role model for children.

"I love to play the game, and I love when good things happen," he said, according to Chris Chandler of the Billy Graham Evangelistic Association. "But when I get home, it's about my family and just enjoying the blessings in my life without letting [basketball] define my personality or my character. "The time with my wife is huge so we can continue to grow and not be complacent with where we are in our walk with Christ. Obviously, we can all be better at that."

But if athletes don't sit well with parents as role models, parents may need to become the perfect role model for their child instead, The Center for Parenting Education.

Children spend a lot of time with their parents, so they will often see how their parents take on life's challenges. So if parents display positive behavior when they're around their children, they can be the role model that their child really needs.

"Role modeling is one of the most powerful tools you have in your parenting tool belt to influence the direction of your children's character, whatever their age," according to the CPE. "When used to best advantage, you can pass on the values you want your children to adopt so that they become the adults you would like them to be." 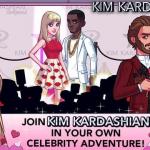 Kim Kardashian's Game is a Huge Success. Should…