Why Bullies Bully and What You Can Do to Stop It

Bullying goes much further than just the playground

There are a variety of social stressors that can be experienced on a daily basis. None, however, are quite as difficult and damaging as bullying.

We often think of bullying as a problem experienced by kids in school. And yes, that’s definitely an area where bullying occurs. But bullying goes much further than just the playground. In fact, bullying between adults, in the workplace, in relationships, and socially happens just as frequently and can be equally as damaging and difficult to deal with.

So, kid or adult, what can you do about bullies and why would one person bully another anyway?

Bullying is a form of intimidation that’s used to force someone to do things or behave in ways against their will. It’s a blunt, forceful, and abusive way that one person tries to gain control over another. It’s generally done by exploiting something unique about the victim, or some perceived weakness, thus making them feel vulnerable, alone, and helpless.

While there is no way to justify bullying behavior, it’s important to understand why it occurs. Understanding the basis for this kind of behavior actually can be a tool for the victim to use to push back and make the bullying stop.

Although bullies often have a mean or cruel demeanor about them, they also often have an air of confidence and control. The combination of these two behavioral attributes can lead others to believe a bully is strong, dominant, and indomitable. The truth, however, is the exact opposite.

Most bullies are terribly insecure and have suffered bullying themselves, or some other stressful, traumatic event that they’re unable to cope with in a healthy way. Some people deal with stress and trauma in ways that lead to personal growth and increased resilience, and others don’t. Such is the case with most bullies.

The most common underlying reasons a person becomes a bully are the following.

Do any of these things make bullying behavior okay? No, of course not. But having an idea why someone behaves the way they do can help immensely when dealing with them.

What Kids Face From Bullies

Bullying for kids has come a long way from swirlys and having your lunch money taken. Social media has become a primary tool for bullying today - leading to cyber-bullying which includes shaming, starting or spreading rumors, or posting unflattering photos.

Of course, physical bullying still occurs as well. Name-calling, physical intimidation, and social ostracization all still exist and can make going to school or participating in team sports unspeakably painful for some kids.

Unfortunately, kids might experience bullying for a long time before ever confiding in a parent or trusted adult. So, having an idea of the symptoms a child might show when being bullied is important. If your child shows any of the following behavior, it’s time to consider bullying as a possible cause.

Withdrawal, disinterest in socialization, and lack of interest in their normal activities. These are also symptoms of depression, which can result from unresolved bullying.

Sadly, some people never grow out of being a bully and this abusive behavior persists into adulthood. Some people may also develop bullying tendencies as an adult when their circumstances change (see above) and they don’t cope in a healthy way.

We’ve all probably known an adult bully or two. The boss who yells and embarrasses employees, the neighbor who tries to push buttons (or your garbage cans), perhaps even a romantic partner. Thankfully – hopefully – as adults, we’re better equipped to see the behavior for what it is and look for effective ways to diffuse or remove its effect on us.

What Can You Do About A Bully?

Dealing with a bully, whether you’re a kid or an adult, isn’t easy. And the idea of standing up to them or really doing anything about it can feel very scary. But if the alternative is to continue taking the abuse, then making an effort to change things is crucial for your well-being.

Remember though, you aren’t responsible for changing their behavior or fixing their problems – just for putting a stop to their bullying of you. To that end, keep these tips in mind.

Sadly, most of us will experience bullying at some point in our lives, including the bullies themselves. The most important goal in surviving a bully is to not allow them to make you change how you see yourself. 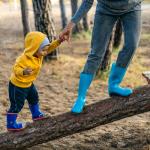