Why You Shouldn’t Feel Bad About Not Breastfeeding

Breastfeeding Does Not Always Go the Way You Plan. Here is My Story About the Struggles I Faced as a First Time Mom With No Milk to Give My Babies.

Before I was a mother, I knew I wanted to breastfeed my kids. I knew it was the best gift I could give them. After a big struggle with getting pregnant I was thrilled to learn I was finally carrying a child. I had my birth plan all mapped out, and breastfeeding was part of it. I was looking forward to the magical bond I would create with the intimate moments nursing allowed. When I learned I was carrying twins I knew there might be some complications, but still stuck to my plan.

Needless to say, nothing went as expected. I had a healthy, full-term pregnancy, but when it came to actually giving birth, there were several complications. I had to be induced, went through two days of labor and finally ended with an emergency C -section. Even after the exhaustion of labor and delivery I did everything I could to successfully breastfeed my children. I worked with a lactation specialist; I went to a breastfeeding class and talked to everyone I knew about their experience. I felt I was as prepared as I could possibly be, but I was not prepared for what to do if my milk never came in.

My problems started in the hospital; my daughter's latch was not great and there was the fact that they were both losing weight. The nurses suggested a mix of formula with breast milk, and we used a technique where they could drink both my milk and the formula at the same time. I knew my kids were getting some food because they would drink a certain amount of formula, but I was never sure how much of my milk they were actually getting. That uncertainty is what kept me up at night. How was I supposed to know when they were full? Were they getting any milk at all?

I tried pumping, and would get next to nothing. I thought it was because I was being sucked dry after nursing two babies and there was nothing else to pump, but I was wrong. The babies were gaining weight, but not a lot and not fast enough. I remember sitting in my pediatrician's office feeling like a complete failure. He basically told me my kids were not getting enough to eat, and it was time to look into other options. It was bad enough that my body rebelled against me when trying to get pregnant, now it was mocking me again by not producing milk. Feeling like the world's worst mother the pediatrician gave me some advice I will never forget. He told me that wet nurses have been around for as long as babies, and it was not uncommon for something like this to happen. He also told me that I had given them a month of breast milk, so they had gotten some, and some was better than nothing. It was important to do what was best for the baby and let go of the negative connotations I had about formula.

This was a breakthrough for me; I did a lot of research and considered my options, and this is what I found out.

Most of the myths about formula are false

I had heard everything from formula affecting a child's development to stereotyping mothers who used it as giving up too easily and being lazy. This was just not the case. While taking formula my kids never got sick as babies, even as toddlers they are very healthy. My kid's learning development is right on par with where they should be and their height and weight are pretty much as normal as you can get. Now they are very good eaters, they go through phases of pickiness, but have a wide variety of foods they eat.

There are alternatives to formula

I was lucky enough to have a good friend (who I trusted) to share some of her frozen breast milk she had been storing since she overproduced for her child. Because of this, my kids were able to get an extra month of breast milk. Some people find the thought of another person's milk unappealing for their child. I am not saying this is something everyone should do, but it worked for me. There are also milk banks that have been tested for safety, if you are interested in this option.

It was hard for me to accept the realization that my body could not provide enough milk for one, let alone two babies. It was not because I had twins that I did not have enough milk, it just did not happen for me. I also had to accept that there was nothing I could do about it, and I should not feel bad about it. I had an extremely healthy pregnancy, did everything all the books say to help with milk production, and even after the babies were born I continued doing that. I drank teas, oatmeal milk, took herbs, and nothing worked. It didn't mean I was less of a woman or that I was a bad mother, it is just how my body is.

Bottom line, you have to do what is best for your kids and family

As badly as I wanted to breastfeed my kids, I could not risk their health in the hopes that my milk would magically come in. Once I switched to formula, my life suddenly got better. My kids gained weight and were healthy. Now I could have help with feedings instead of trying to provide all the milk myself. I was much happier, and a huge stress was lifted from my shoulders. There are several reasons why someone may choose to use formula: the baby is lactose intolerant, the mother has health problems, or even the mother is working full time and cannot keep up with the feedings/pumping. Whatever the reason, if it's working for your family, you are doing the right thing.

My experience has really opened my eyes to how difficult it can be to breastfeed. Something I thought would be natural and easy was not. There are many new challenges to having a baby, but feeding them should not be one of them. I will never regret switching to formula. 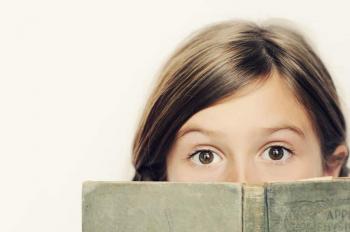