Does She Deserve Her Title or Did She Actually Make a Wise Parenting Move?

Many people vehemently agree that Lenore Skenazy deserves her title, "World's Worst Mom," after she allowed her 9-year-old son to do one thing. However, others think she's a progressive mom with an important message for all parents.

What she allowed her son to do

What did she let her son do that appalled so many people? Ride the subway in New York City on his own. She and her son were outside a Bloomingdale's store when she handed him a map, a MetroCard and some cash and let the 9-year-old find his way home.

After she wrote a column about the experience, she soon found herself the object of scrutiny among several popular news stations, including NBC, Fox News and NPR.

Though many parents would never dream of letting their young kids ride public transportation alone, Skenazy's son said he felt comfortable during his subway excursion and was just glad his mom finally let him do it.

The start of a movement

Skenazy has taken the popularity she's gained after being dubbed "World's Worst Mom" to start a movement called "Free-Range Kids." The website states that Free-Range Kids is "fighting the belief that our children are in constant danger from creeps, kidnapping, germs, grades, flashers, frustration, failure, baby snatchers, bugs, bullies, men, sleepovers and/or the perils of a non-organic grape."

In addition to her website, Skenazy has also published a book and has a reality show called "World's Worst Mom," on the Discovery Life Channel, which features Skenazy herself stepping in and helping families whose parents are overprotective of their kids. Episodes feature parents insisting their 13-year-old son use the women's public bathroom for fear of male predators, a mom who spoon feeds her 10-year-old for fear of choking and parents who require a step-by-step phone call commentary of their child's every move outside.

Getting accused for being lenient parents

Skenazy says she started this movement because she's not the only parent who's been accused of being a bad parent for letting their kids be independent. One couple from Maryland gained the attention and accusations from news organizations after they let their children, ages 10 and 6, walk home alone from a park a mile away from their house. A stranger called the cops when they saw the two children walking alone, and Montgomery County later investigated the couple for child neglect.

"Some kids are losing their childhood because their parents are so overprotective," Skenazy said. "Fear is being shoved down their throats at every juncture."

Skenazy says in order for the rising generation to be self-reliant, parents need to allow them to do things on their own, "like walking home from the park."

Free-range parenting does not mean being unsafe

Skenazy's argument centers around the fact that the things parents are afraid of (such as child abductors) are exceptionally rare - so rare that the fear does not justify severely restricting your child's freedom. She wants to debunk the myth of "stranger danger" to encourage parents to relax their restrictions on their kids.

"If you actually wanted your child to be kidnapped, how long would you have to keep him outside for him to be abducted by a stranger?" Skenazy asked. "Seven hundred and fifty thousand years."

Despite the many accusations claiming she irresponsibly puts her son in danger, Skenazy actually claims to be a big proponent of safety.

"Obviously, I love safety," Skenazy said. "My kid wears a helmet, got strapped into a car seats (sic), always wears his seatbelt. But I don't believe kids need a security detail every time they leave the house."

A prescription for all parents

Skenazy says her prescription for all of America is: "instead of imagining the worst, send your kids out to do something you did at their age." 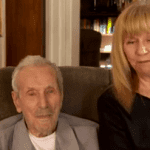