If You Want Your Child to Succeed in Life, Don't Do This.

Every parent wants their kids to be happy. They'll do whatever it takes to see them smile. But does that come at a cost? Researchers have weighed on the one generational trend that's setting children up for failure: participation prizes. Here's how:

The expectation of reward

A psychological phenomenon known as the overjustification effect results in children who are less likely to perform well when they knew they would receive a reward at the end. In sports, participants care less about working hard and succeeding because they know they'll get a price, regardless.

Later on in life, your child may be less likely to work hard when studying, applying for schools, internships and careers because as a child, they grew up believing that hard work doesn't make that much of a difference - the outcome will still be the same.

... and competition inspires incentive. If children know they will get a reward, what is their motive for developing problem-solving skills that will put them ahead of their competition?

Do you remember the dreaded field day in elementary school? The day jam-packed with activities like the mile run and the long jump? Some classmates loved field day. It was the highlight of their school year. Most of the students, however, dreaded it. While a scarce few students would give field day their all, the rest of the students did the bare minimum. Some kids took eight minutes to run the mile, others took twice as long.

And at the end of the day, everyone received the same identical ribbon for participating. How did that make the hard-working students feel? Did their passion, preparation and hard work even matter?

Some parents will argue that competition is not healthy for children. But competition is inevitable in schools and in the workforce, and it's crucial that children learn how to combat it at a young age so they can be better prepared for the future.

They focus on the outcome and not the process

We all know that over-used quote, "life is not about the destination, it's about the journey." Participation prizes ignore that important (yet cliché) life lesson. Children can no longer enjoy activities they participate in (whether that's a sporting event, arts event or something else) because they're so focused on what they'll get out of it.

In elementary school, I was a part of my school's annual talent show from first grade to fifth grade. The last two years, school faculty members decided to give out ribbons to every participant - and it killed the mood of the show. While no one "won" or "lost", having a reward at the end of it all ruined the point of the show: we were no longer there to showcase our talents, we were there to be rewarded for our talents.

Children are being taught that it's OK to fail, because they'll still receive the same reward as the winners.

And yes, of course it's OK to fail, but not because we are still all winners even when we lose. Failing at something can be a great learning opportunity for children. But with participation trophies and endless praise, what they're learning from failure is that there's no difference between that and success. Children today grow up not knowing how to handle rejection - an essential life skill.

They give children a false idea of success

Established expectations also comes with a sense of entitlement. As children grow up they'll soon realize life didn't turn out quite the way they had hoped it would. Maybe they didn't get into their favorite college or their dream job wasn't actually for them.

That inability to grow from rejection has made our children feel they deserve more or better than what they have. They're asking "where's my trophy?" Start now and allow your children to feel sad about losing. This will give them the opportunity to reflect on how to improve and handle loss in the future.

If your child has ever received a participation trophy, it doesn't mean you have failed as a parent. Take this as an opportunity to teach your child about hard work and success. Remind them that activities aren't about winning or losing, it's about doing your best and enjoying your time. Most importantly, let your child know that you will love them no matter how successful they are. 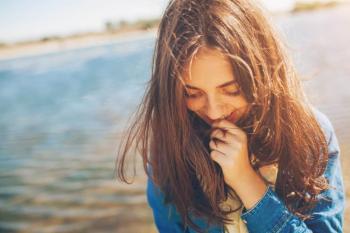 10 Things You Should Know Before You Marry…