Cheryl Burke Recounts 2022, Saying it ‘Did Everything it Could to Try and Break Me’

The "Dancing With The Stars" alum celebrates moving into a new year after a tough 2022.

Just before the new year, Cheryl Burke took to TikTok to reflect on 2022 and all the hardships that came with it. The "Dancing with The Stars" alum posted a TikTok video of herself strutting to an emotional song with the caption, "When you see me crying at 11:59 p.m. on NYE don't think it's because I'm sad. It's because I f---ing MADE IT through the year that did everything it could to try and break me, and there were a lot of moments when I thought I would but here I AM." She continued by saying, "Ready to move forward, to no longer be defined by my past, and SO ready to start the next chapter of my life. 2023, LET'S SHOW'EM HOW IT'S DONE!"

The challenging year for Burke began when she filed for divorce from her now ex-husband, Matthew Lawrence, after a long history of romance. The pair first met back in 2006 when Laurence's brother, Joey Lawrence, competed on "Dancing With The Stars," the show that Burke was a part of for 26 seasons. They began dating in 2007 and dated for a year before calling it quits. The couple found their way back to each other in 2017 and rekindled their romance, resulting in them tying the knot in 2019. Shortly after they filed for divorce in early 2022, Burke released a statement on Instagram confirming their split by saying, "I know I have always said I'm an open book with you guys, I do strive to be, and in writing this I've realized there really isn't an easy way to announce that my marriage is ending."

Another big change that Burke endured in 2022 was her retirement from "Dancing With The Stars" after 26 seasons on the show. Just before the Season 31 finale, Burke wrote on Instagram, "I am sitting here full of so many conflicting emotions about the words I am about to write. Tomorrow night will officially be my final dance as a pro dancer on @dancingwiththestars," she wrote in part. "This has been one of the absolute hardest decisions of my life & I am also confident that it is the right one. This show has been my 2nd family since I was 21 years old. The cast, crew & fans have seen me through my highest highs & some of my lowest lows, & I honestly don’t know who I would be today without them.” 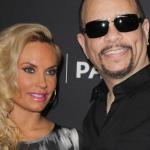 Ice-T and Coco Austin Defend Their Daughter After…