Dinnertime: But first let me take a selfie

From Instagram Pictures, to Four Square Check-Ins, Modern Meals Will Never Be the Same.

The rise of smartphones has changed the way Americans eat. Apps help us count calories; and Yelp helps us find the best restaurant in town and Instagram makes us wish we were eating with our friends. But have smartphones also made us rude?

According to some restaurants, the answer is "yes."

"We added more staff and cut back on the menu items," he said, but the restaurant still faced problems, which prompted the manager to review video footage dating back to 2004. He found that, on average, customers take nearly an hour longer to eat, largely due to distraction from their cellular devices.

The manager found tables take longer to order and longer to pay once they have received their checks. Guests also spend, on average, three minutes photographing their food, and many tables ask their server to take, and retake, group photos. With the rise in this behavior has come a rise in customer complaints regarding wait times as well as an increase in the number of meals sent back to the kitchen with a complaint that the food was cold.

A new study by researchers at Virginia Tech indicates cold food is a fairly minor consequence of this phenomenon. "Even without active use, the presence of mobile technologies has the potential to divert individuals from face-to-face exchanges, thereby undermining the character and depth of these connections," researchers wrote.

Caitlin Dewey, writing for The Washington Post, said this research means cell phones serve as a constant, passive function in our lives. They remind us of all things we could, or should, be doing such as work, emails, tweets or phone calls. One study found parents spend more time on their phones than with their kids during meals.

Dewey wrote that some restaurants are fed up with smartphone distractions. One DC chef, Spiek Mendelsohn, has opened a Dupont Circle restaurant, which bans phones. "You have the rest of your life to be on your phone," said Chef Mendelsohn.

Dr. Jenny Radesky, a fellow at Boston Medical Center, found parental interactions with children during mealtimes are severely limited by mobile devices. In some cases, parents used their mobile device throughout the entire meal, rarely making eye contact with the children.

"When I talk about it with siblings or friends, everyone struggles with it," Radesky said.

Gedeon Deak, professor of cognitive science at University of California, San Diego told NBC that children do not need constant face to face connection. He does question how the constant use of mobile devices will affect "subtle aspects that are acquired late and slowly over the years," such as ability to read emotions and facial expression.

The good news is there are ways to avoid using smartphones during meals. A game, phone stack, where phones are stacked in the center of the table at the beginning of a meal to see who can last the longest without their mobile device is catching on and even earned an entry in Urban Dictionary. And, according to the Economic Timesan app, Offline, has been developed to prevent messages or notifications on your phone unless they are real emergencies.

Leslie Corbly is a senior at the University of Oklahoma. She loves to read, write and run.
nextarticle 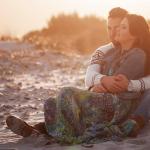