The History of Father’s Day

Here are a few fun facts about the history of Father's Day.

Father’s Day doesn’t quite have the allure that Mother’s Day has because men are not as sentimental as women; however, that doesn’t mean fathers shouldn’t be recognized.

On July 5, 1908, a West Virginia church sponsored the nation’s first organized event to exclusively honor fathers. The Sunday sermon was held in memory of three hundred and sixty-two men who had died in the previous December’s explosion at the Fairmont Coal Company mines in Monongah. Two hundred and fifty of the men were fathers, leaving many children fatherless. The event was a one-time commemoration; however, it paved the way for future male-focused celebrations and acknowledgments.

Sonora Smart Dodd, one of six children raised by a widower, is credited with creating Father’s Day. Her father, William Jackson Smart, a Civil War veteran raised Sonora and her five siblings by himself after his wife died during childbirth. Sonora rallied her local churches, the YMCA, shop owners, and government officials in Spokane, Washington. Everyone was very supportive and saw value in the holiday. On June 19, 1910, Washington State celebrated the nation’s first statewide Father’s Day.

Slowly, other states joined the celebratory efforts. In 1916, President Wilson honored the day by using telegraph signals to unroll a flag in Spokane when he pressed a button in Washington D.C. But the day would not become official until 1972 when President Richard Nixon signed the holiday into law and made the celebration a permanent national holiday which occurs on the third Sunday of June.

In case you are a history buff or interested in learning a little more about Father’s Day, here are a few fun facts.

Father’s Day is a special day to honor fathers and celebrate fatherhood, paternal bonds, and the influence of father figures on society. The national holiday has come a long way and is a wonderful way to honor those important men in our lives. 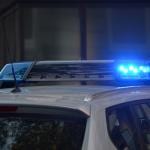