Why Do We Celebrate Labor Day?

A Deadly Riot in Chicago in 1886 Led to Labor Day Being Adopted as a Federal Holiday.

Labor Day signals the end of summer. An extra day off to relax and enjoy the pool or have one last summer cookout is how many people choose to spend the day.

But how familiar are you with its history?

Labor Day was not recognized as a national holiday until 1894, although it was celebrated for many years. In the beginning, it was mostly celebrated by labor unions. They advocated for shorter workweeks with increased paid time off as American laborers worked an average of 60 hours a week.

It is unknown who came up with the idea because many historians are torn between Peter McGuire and Matthew Maguire. Peter McGuire was a general secretary of the Brotherhood of Carpenters and Joiners, and he also co-founded the American Federation of Labor. Peter aimed to show solidarity by uniting workers. Matthew Maguire was secretary of the Local 344 of the International Association of Machinists in Paterson, N.J. History, however, indicates that Matthews Central Labor Union had first proposed how to recognize and commemorate the day.

Labor Day is celebrated on the first Monday in September because it is halfway between Independence Day and Thanksgiving. On September 5th in 1882, New York City rolled out the first-ever Labor Day parade with 10,000 workers. They marched from City Hall to Union Square.

Oregon was the first state to adopt Labor Day as a state holiday in 1887. Later that same year, Colorado, Massachusetts, New Jersey, and New York followed suit and adopted Labor Day. President Grover Cleveland, who did not support labor unions, surprisingly signed the bill into law recognizing Labor Day as a federal holiday. Many believe President Cleveland was doing damage control for the Haymaker Riot.

At the time, union or labor protests were gaining momentum. The Haymaker Riot started as a protest in Chicago by workers at the Pullman Palace Car Company. They were protesting wage cuts and the unfair practice of firing union representatives. The protest led to the American Railroad Union boycotting all Pullman railway cars, which crippled railroad traffic.

The president had sent federal troops to control the strike being led by the American Railway Union. The protest became deadly after someone chucked a bomb at police officers.

The Haymaker riot left 30 people dead, including police officers. The total cost of damages was an estimated $80 million.

Historians mark the riot as a setback for laborers as public opinions became divided.

Fast forward to the present day, where Labor Day is celebrated across the U.S. and Canada with picnics, barbecues, fireworks, and parades.

How can you celebrate Labor Day mindfully? Here are a few ideas.

If you’re a workaholic, it is time to start a new tradition.

Labor Day will always be the best way to pay tribute to the American worker. 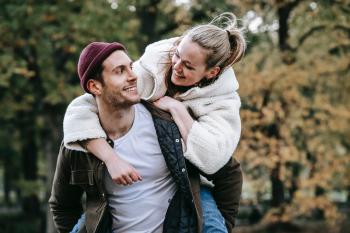 Is Fall Really the Best Time to Start…