Which Countries Show They Profoundly Respect the Role of Mothers Through Their National Policies and Programs? Here Are Five.

No matter their situation, mothers carry the weight of homes and families - of teaching and nurturing a new generation - on their shoulders. But they don't always get the support they need in this vital task.

Paid jobs can sometimes be a challenge for mothers who require reasonable maternity leave after giving birth or adopting and flexibility in hours and job location, as well as available and affordably priced child care.

Those who choose (and are able) to stay at home for the long-term to raise children certainly are not "rewarded for their economic contribution," as Ann Crittenden wrote, as quoted in the book "The Motherhood Manifesto." "Nannies earn Social Security credits; mothers do not. They earn a zero for every year they spend caring for family members. This means that motherhood is the single biggest risk factor for poverty in old age."

And whether they do paid work or not, mothers need to know their children will have solid educational opportunities and accessible and reasonably priced health care.

Which countries show they profoundly respect the role of mothers through their national policies and programs? Here are five:

This nation stands out for its policies on maternity and paternity leave, work flexibility and health care.

It provides paid maternity leave for up to 39 weeks, with the first six weeks paid at 90 percent of a woman's average weekly earnings. After that, the "statutory maternity pay" is a standard rate of about $194, according to the U.K. BabyCentre website.

Mothers and fathers in the U.K. also have flexibility in the hours they work. According to 1 Million for Work Flexibility, a U.S. initiative, "since 1996, caregivers and parents in the United Kingdom have had the right to request a flexible schedule."

The nation's health care system gets high marks. According to a 2014 report by The Commonwealth Fund, the U.K. scores highest when factoring in "quality, access, efficiency and equity, as well as indicators of healthy lives such as infant mortality."

This country is widely credited for its generous policies for parental leave, particularly as they apply to fathers, allowing them to support mothers and really step in and help do the work of raising children from the earliest days.

According to BBC News, "In 1974, the country was the first in the world to replace maternity leave with parental leave." Couples were allotted six months' leave per child, and the time could be split between mother and father.

For two decades, however, men gave most of their days to the mothers. In 1995, "a 'daddy quota' was introduced to resolve this. It allocated 30 days' leave solely to the father on a use-it-or-lose-it basis. ... By 2014 men were taking 25 percent of all the days available to the couple." As of the beginning of this year, the quota is now 90 days.

According to 1 Million for Work Flexibility, Norway offers many options for workers who are not only caring for children at home, but other family members, such as parents. Parents there "have the option of working 50, 60, 75, 80, or 90 percent of their typical hours for up to two years after birth or adoption." And national law allows for a gradual return to work after the birth of a baby, reduced hours overall, and the right to refuse overtime or changes in shift patterns.

Finding affordable and available child care is often a challenge for new parents, and according to The Guardian, Denmark has policies and a culture that nurture families and provide options for their many needs.

"Every child, for example, is guaranteed an affordable nursery place from the age of 1 to when school starts at 6. Parents and caretakers are generally permitted 52 weeks paid leave after the birth or adoption between them, and this can be taken flexibly."

In addition, Denmark's citizens work fewer hours than people in other European countries and get five weeks of holidays, allowing families to spend more time together.

This nation is notable for its health care system, so mothers in particular can worry a little less about their children's health.

The Commonwealth Fund states that Australia's "system provides universal access to a comprehensive range of services, largely publicly funded through general taxation." Spending on health care is about 9 percent GDP, near the median of what international group the Organization for Economic Cooperation and Development, which aims to promote policies that will improve the economic and social well-being of people around the world, recommends, "but much less than the U.S." (where health care expenditure is 17.5 percent of GDP). 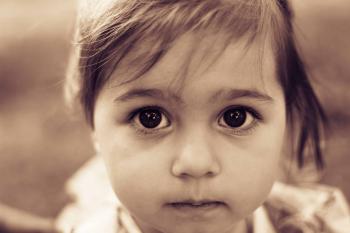 The Very Real and Present Danger of Child…