10 Guys You Should Never Marry

Nobody's Perfect. But Some Men You Should Just Avoid Entirely.

Every little girl looks forward to her wedding day. They can't wait to meet the Prince Charming who will sweep them off their feet. But, as you grow older, you realize that nobody's perfect. Your dreams of marrying Prince Charming become dashed away as quickly as the movie ended. So instead of looking for Mr. Perfect, you look for the one who his perfect for you.

As you look for Mr. Right, you try to look past some of bad traits so you can see all the good ones. This is good. It shows that you're not shallow. But, despite how shallow it might seem, there are some guys you should just leave in the dating pool. Here are 10:

Finally locked down the guy every girl's been chasing? Well, I got news for you. Just because he finally decided to knuckle down and commit, doesn't mean he's committed. If he used to be a commitment-phobe, he may still be and you'll always wonder how invested in the relationship he really is.

A lot of women are attracted to the bad boy. There's just something mysterious and romantic about him. But a lot of times the rebel in society is a rebel in marriage. And pretty soon you'll find him rebelling against you, too.

Narcissus was an ancient Greek mythological figure who was so beautiful that he fell in love with himself - but because he couldn't leave his own reflection in the water, he eventually drowned. A person who is a narcissist is so convinced of their own greatness that they don't see their weaknesses. Marrying a narcissist is a very one sided relationship. They're always trying to vaunt their own greatness - often at the expense of others.

Everybody likes to have things their own way. Unfortunately, because men are socialized to express hostility and anger when they don't get what they want, a man who is a control freak can often become intimidating and even abusive (physically or mentally).

It's a good thing to marry a person for his brains. But be careful because you might end up marrying a know-it-all. And you'll always feel like you're wrong - even if it's just an opinion.

Get used to spending your weekends at the mall looking for new clothes instead of going to soccer practice. But at least you'll have a great looking house and car (even if you can't afford it).

As mentioned before, everybody likes to have their own way. So when you find a guy who lets you do whatever you want and doesn't complain about it, you want to grab him up. But after a while you'll find yourself making all the decisions. And then you'll find yourself complaining because he doesn't pull his own weight.

This guy talks about sports, beer and hunting all the time. Sure, he's rugged but you better be prepared to change all the diapers and do all the housework. And forget about him getting you something nice for Valentine's Day because real men don't do that mushy stuff.

Who doesn't want a guy with chiseled abs and nice arms? But despite all his good (physical) traits you may soon find that the gym is taking up an exorbitant amount of time in your family's life. And you'll find yourself using phrases like "did you beat your PR today, honey?" But more importantly, a man who lets the gym run his life has let the servant become the master and you'll soon find that he has other priorities out of whack, too.

Yes, there are bits and pieces of these personality traits in every Prince Charming. But just make sure they're only bits and pieces or you'll find yourself married to a frog instead of a Prince.

Click here for 10 signs you really don't want to spend the rest of your life with her.

10 guys you should never marry

How many of these guys have you dated? 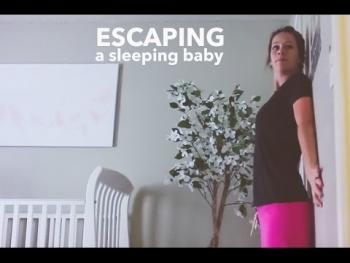 4 Ways to Escape a Sleeping Baby