You've Heard That All You Need is Love. Well, It Takes a Little More Than That to Spend the Rest of Your Life With Someone.

One of the Beatles' most popular songs says that all you need is love. So when you find a woman you're absolutely lovestruck by, you think you want to marry her. After all, love is all it takes in a relationship to be happy...isn't it?

You have different goals

If you want to be a diplomat who travels to foreign countries, but she doesn't want to leave the town she grew up in with all her cousins, you might be butting your head against "irreconcilable differences" already.

She spends too much time in front of the mirror

Sure, it's important to look nice, but looks aren't everything. It gets pretty annoying when you're in a rush but she won't come out of the bathroom.

She's got your life planned out for you

Every little girl looks forward to marrying Prince Charming. In fact, a lot of women have their wedding all planned out before they've even met you. Sometimes it doesn't end there; they have their whole life planned out. They're going to marry a lawyer, live in such-and-such area of town and have a daughter who dances. Sure, they're planning out their own life, but this means they're planning yours as well. You don't want to say "yes, dear" the rest of your life.

She's way too close to her mom

Moms and daughters have a special bond. But if they're too close, you better get used to using all your paid time off on vacations with your in-laws. And you'd better get used to hearing "my mom thinks we should..." all the time as well. Oh, and I hope you don't mind if your mother-in-law doubles as your marriage counselor, too.

She's way too close to her friends

You're the gas, and she's the brakes

Sex is an important part of marriage. Unfortunately, society often brands women with scarlet letters if they are perceived to like sex. As a result, a lot of women shy away from sex for fear of being branded. And just because you've said "I do" doesn't make all those years of socialization magically go away. A woman who is convinced that her job is to be the sexual brakes in the relationship will leave you both feeling really frustrated.

She defines herself by who she's dating

A long time ago, women's roles were very limited in society. They were known mainly as so-and-so's wife. Thankfully, women now have a lot more opportunities to define themselves as artists, scientists, teachers, etc. Unfortunately, there are still a lot of women who define themselves based on who they marry, and they don't end up accomplishing a whole lot more than that. If you want an equal relationship, make sure to look for someone with goals and dreams beyond just "marrying up."

She wants you to be her best friend

She has too much drama

Everybody knows somebody who always seems to have drama in their life. If she's always talking about so-and-so or always upset because of something somebody said, you may be dating the queen! And you don't want to spend the rest of your life with her.

Some women jump from relationship to relationship, but there's a lot of value in being single. When you're single, you find things out about yourself that are invaluable. You become comfortable in your own skin and you create a level of self-confidence you can't have when you're with someone else. If a woman has never been single, she's usually missing some (or all) of these.

It's true that love is important in a marriage, too. But these 10 things can be big roadblocks on that pathway. 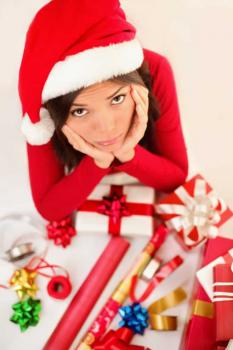 Feeling Depressed About the Holidays? Here Are 3…