10 things divorced men have in common

No Marriage or Divorce is Created Equal. But There Are Certain Traits Ex-Husbands Seems to Share.

Divorcees come in all shapes and sizes. But there are a few characteristics that most ex-husbands have in common. Here are 10 things you'll likely find in a man who is no longer married:

1. The privilege of marriage

Happiness is a right and marriage is a privilege. A divorced man often sees his marriage as an irreversible right that can never be taken from him, or renegotiated. He likely does not feel he needs to do anything to earn his marriage once he's achieved the wedding. Marriages need to be earned every day, and happily long-married men know this.

Many former husbands would likely admit he wouldn't be friends with his wife if he was not married to her. This is a common mistake many married couples face in the latter years of wedded bliss. When the sparks and butterflies are gone and the wrinkles and gray hairs come in, friendship will keep marriages together well into the golden years.

Ask a divorced man what he appreciated about his wife, and you're likely to get an answer that highlights her physical features or emphasizes how she cared for him, his home, and his family. Very few ex-husbands learned to fully appreciate his wife for the woman she truly was. A wife needs to be seen as a whole person and wants to be appreciated for her values, interests, passions and opinions - not just her ability to please her husband or other people.

A divorced man can probably pinpoint the differences between the way he treated his woman as a girlfriend or fiancée, and the way he treated her once she became his wife. Once down the aisle and over the broom, a man can forget what got him to the altar in the first place. He may truly believe he can behave and treat his wife as he pleases now that he's got her, but the truth may come as a shock.

In the same vein, an ex-husband may be confused about the nature of true love and tolerance. His wife may love and accept him unconditionally, but no healthy relationship comes with unconditional tolerance of bad behavior and treatment. A wife unwilling to let herself be berated, belittled or abused is a woman who loves herself enough to let her husband go.

An ex-husband is almost guaranteed to respond to conflict in two ways; escalation or avoidance. A happily married man understands how to deescalate rising tensions and truly address and resolve conflict. He then spreads the affection, love and appreciation on like icing on the cake! This behavior is seldom seen in divorced men.

7. Marriage as a vacation

A man who lost his wife is likely to have seen his marriage as a vacation, or an escape from the world. While it's true that a home should be a sanctuary, and a wife should be a soft place to rest your head, a marriage still requires daily work and maintenance. Dropping the ball at the door will eventually leave a wife feeling unimportant and undervalued.

8. Marriage as a job

Yes, marriage is a "job." But it is also a joy. A former spouse has forgotten this and focused on the negative. Counting the work and sacrifices instead of the achievements and beautiful moments will pave the way to the lawyer's office.

An ex-husband undoubtedly blamed his former partner for his failures or unhappiness in life. Owning his own emotions is key to taking control of his destiny and working toward improving what isn't working. A man can ask his wife to change her negative attitude or behavior, but he cannot demand she change his mood. No one has control of that but him.

Boys come in all ages, and just because a male gets married, it doesn't make him a man. A fed up wife will often leave her mate because he hasn't outgrown the irresponsible decisions that now greatly affect them both. Excess drinking, drug use, gambling, criminal activity, late nights out, and other dangerous or unhealthy behavior are often used as coping mechanisms in stressful marriages, but will only increase tension and speed up the divorce process.

Every marriage and every divorce is different. But these 10 common qualities of no-longer-married men should give great insight on what not to do if you want to keep your marriage going long and strong. 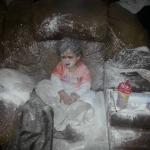