10 things husbands do that make their wife all twitterpated

Some Things Your Husband Does Reach Right into Your Heart and Make You Tingle All Over. Call Yourself Blessed if Some of These Are Happening to You.

The term "twitter pated" started many years ago in a cute little movie called "Bambi." The owl in the movie was explaining the meaning to Thumper. It happens when you see that someone special.

He said, "You get weak in the knees. Your head's in a whirl. And then you feel light as a feather, and before you know it, you're walking on air. And then you know what? You're knocked for a loop, and you completely lose your head!"

When it's your very own knight-in-shining armor-the one that swept you off your feet and carried you off to the altar-your list of what makes you twitter pated can be endless.

He looks at you like he just found the pot of gold at the end of the rainbow. You know the look-it's a smile with a flirty-ness that melts you on the spot.

He puts his arm around your waist as you walk. It's a protective, warm feeling. You love the touch of his hand there. It makes your heart skip a beat, even though he's done it hundreds of times.

He comes in all sweaty after fixing the car or the snow blower, or anything. He even has a little smudge of grease on his chin. You can see the "I can fix anything" attitude written all over his face. It's so appealing you can't stop thanking your lucky stars you ended up with this guy.

You do something stupid and he comforts you, reassuring you that it's not a problem. He might even add, "Hey, we all make mistakes. Don't give it another thought." Right there and then you know you married a hero.

When someone insults or hurts you, he does not idly stand by. He will defend you no matter what. He would wrestle the unfortunate jerk to the ground, if need be. You know without a doubt he will not let anyone get away with hurting his woman. That's when you know you married, not just a hero, but a super hero.

He tells you he loves you at strange and wonderful times. When you're holding the baby, he can't resist saying it right out loud. When you're vacuuming the floor he sweeps in behind you, whispers it in your ear, and takes over the job. Somehow he just knows when you need his help, and those three little words. And there you are-smitten again.

He kisses the back of your neck. Chills. Nothing more needs to be said about that.

When you're cold he takes off his coat and puts it around your shoulders. He's a true gentleman. And his lady can't help but feel... well... all twitter pated again.

He reaches for your hand during a romantic scene in a movie. Suddenly you know he's thinking of you more than what's on the screen, and loving that he's seeing it with you. At that moment you realize, once again, that it's you who won the heart of this handsome leading man. 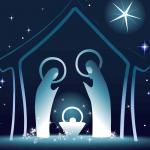