11 things every woman wants in a husband

There Are Obviously Things Women Look For in a Husband. Does Your List Match This One?

I could not take my eyes off the guy who had just danced with me. I did not know his name until almost two years later, when I saw him again; Cristian. Before we met again, I search and searched, hoping that fate would let us cross paths. Luckily, we did meet again and are now married. It's now been over 10 years since I met the man who would become the love of my life. This same man has shared great moments with me. He has been by my side through difficult challenges. It's been 10 years of joy, tears and celebrations.

After 10 years, I've realized that there are 10 things I wouldn't change about my husband. These are things that I looked for in a husband when I was dating and am glad I have in my marriage. Though it hasn't always been easy, these 10 characteristics have made it worthwhile:

Marriage should always be based on love between two people. It is essential that a husband loves his wife above anything else, and that she does the same. To love your spouse every day, no matter how exhausted you are, shows your spouse and your family how much you value your marriage. Love should be consistently shown through words and actions.

This can mean a few things, but marrying someone with a flair for romance will make it harder to get stuck in a routine. Marriage can lose the spark, but not if a romantic gesture or love note is there to brighten your day. A husband who will surprise you with a letter, a flower or even a long kiss in the morning is going to keep you happy.

He learns from change

We all know the saying "All change is for the better," but humans seem to be creatures of habit. If your man knows that change gives him the opportunity to be better, snatch him up quick. Life won't go just as planned, so marry someone who is willing to be flexible and adaptable.

For him, housework is a two-person task

Wouldn't it be lovely to marry someone who split up responsibilities? No one wants to be the only one who does the washing, ironing, cleaning, cooking and organizing. Having a partner that will share these responsibilities will build your marriage into a happy one.

He forgives (and forgets)

To err is human, but to forgive is divine. Forgiveness makes us better people, and forgetting the mistake means we aren't dwelling on the past. Everyone makes mistakes, but the fact that someone is willing to recognize a mistake and apologize is going to avoid a lot of heartache. Of course, this is a two-way street - you will need to do the same.

He lets you in on what he's thinking

Marriage is between two people, so naturally there are going to be some differences. Communication is going to be key in any relationship, so find a husband that is going to be open about what he's feeling and thinking. Decisions in marriage should be mutual, but that can't happen if secrets are being kept.

OK, so this isn't a requirement, but marrying someone who helps you in the kitchen can be both helpful and fun.

He shares your interests

Obviously your husband is going to have his own goals and hobbies, as do you, but marrying someone who is willing to try things you are interested in will add a whole new level of commitment.

He gives you butterflies

Don't underestimate how you feel around your man. Hold onto someone who you want to kiss and hug, and who makes you feel good. That love and affection will be present all through your marriage.

This article is an adaptation and translation of the original article, "Lo que a toda mujer le gustaría que hiciera su esposo". It has been republished here with permission.

I start every day as a new day, which gives me a chance to be happy and smile about the small things. I believe in giving without expecting anything in return.
nextarticle 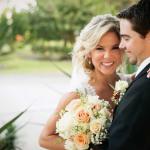 7 Truths About Marrying Young: Lessons From a…